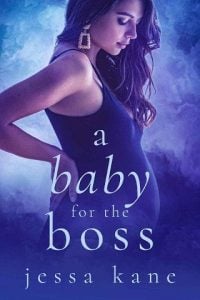 Everyone wants to be loved unconditionally.

It’s all I’ve been dreaming about since childhood. Having someone to snuggle with at the end of a bad day. A person who can take one look at my face and know if I’m struggling. Or if I’ve had an exceptionally good day. Someone who knows my routines down to the minute and takes up my side in any argument—unless I’m wrong.

And that really puts people off.

No one wants to love a know-it-all unconditionally.

I’ve been called a prodigy since I could walk. By the time I hit puberty, I was already taking college courses and acing them. Of course, this thrilled my parents to no end. I would be able to take over the family business sooner than later. They could retire early and trot the globe rekindling their marriage.

No one wants to be friends with a so called “genius.” People have a hard time relaxing around me. I’ve been told I’m intimidating. Intense. Too much.

A baby won’t feel that way about me, though. Will they?

I’ve thought long and hard about this. I’m going to have a baby.

I’m going to raise that baby all by myself.

And he or she won’t know I’m intense, too much and intimidating, because they’ll be used to me. I’ll be their world from the moment they blink open their eyes. They’ll be loved by me. Cared for by me. I’ll do anything for them. We will love each other without conditions.

My chest aches with such concentration at the thought that I have to brace a hand on the window—and that’s when I see him. Way down below. But even from fifteen stories above, I can tell he’s very tall. Broad. Built like an ocean liner. He’s the only employee not wearing a shirt and he’s covered in sweat and tattoos, his dark hair in a careless mess on top of his head.

When my vision of him is obscured, I realize my breathing has grown heavy and I’ve fogged up the window. Quickly, I scrub away the condensation and go back to watching him, sucking in a breath when my womanhood tugs and starts to feel funny. I shift side to side in my pointed flats, not sure what to do. I’ve never experienced this oddly low wave of heat before. It almost feels like I have to pee, but the pressure is very different. I have goosebumps. And when I accidentally sway forward and my breasts press up against the glass, the friction feels so good that I moan. My lord, what is happening to me?

Again, I look down at the man as he throws a heavy crate up onto his thick shoulder and carries it to a truck, easily sliding it onto the bed. He turns and laughs at something one of the other male employees says and I’m almost sad I can’t hear the sound all the way up here.

I’m fairly certain human resources would frown on an employee being shirtless in the loading area. Maybe…

Maybe I should go down there and warn him, before he gets fined.

Turning away from the window, I push the heel of my hand against my tummy for long moments while gathering my breath. Then I straighten my shoulders and leave the office, my shoes tapping lightly on the black marble floor of the executive offices. An advertising meeting halts its progress as I pass by, everyone staring at me curiously. It’s not that I don’t ever leave my office, it’s just that my employees don’t know how to act around me. I’m only twenty years old—young enough to be their daughter—and I’m running this entire business.

Not to mention, it’s thriving. More than it ever did under my parents.

We make and sell costumes.

Business at Outfitter Inc. used to boom only once a year—in the month leading up to Halloween. But I’ve since adjusted our vision and made us a year-round venture. We now supply costumes for movie studios. And not only that, but we now have themed party packages customers can order that include decorations and costumes for up to ten people. Currently, The Bridgerton Box is our number one seller, of course.

I’m reciting Outfitter Inc.’s slogan in my head as I ride the elevator all the way down to warehouse level, obviously because I’m nervous. I can solve the most complicated of calculus problems. I’ve read all the classics from Moby Dick to Slaughterhouse Five. They rejected my application for Jeopardy because they said it wouldn’t be fair.