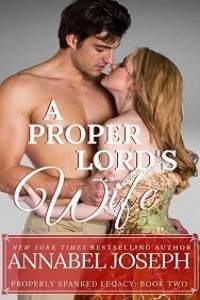 Edward Lionel, Marquess of Townsend, strode across St. James Street feeling incredibly smug about his afternoon’s work. One day home from the continent, and he’d already engineered a satisfying act of revenge against his former friend, Lord Wescott.

It involved getting married, yes, but sometimes sacrifices were warranted.

He stopped in the doorway of his preferred gentlemen’s club, taking in the familiar scents of tobacco, smoke, and leather. Ah, it was good to be home, even if London was a cold, muddy mess in the thick of an early winter.

He handed his cloak and hat to the attendant, smoothed his dark hair, and went to the dining room in search of his closest friends, Viscount Marlow and the Earl of Augustine. He’d barely entered when the two men stood, calling his name in a boisterous fashion more suited to a boxing emporium.

“Is that Townsend I see?” Marlow said.

“Look at him, in the flesh!” Augustine strode to him, grinning. “He found his way back to London after all.”

He’d been gone so long their noisy breach of decorum didn’t bother him. He’d drifted around the French countryside for three long months, devastated that Wescott, one of his best childhood friends, had stolen the love of his life. The loss would always hurt—Lady Ophelia had been meant for him, he knew that—but at least he’d been able to pull off a satisfying counterblow.

“Come and sit, Towns,” said August, his black hair messily tousled, as customary. “Are you hungry?”

“We’re drinking more than eating,” Marlow confessed, pale blue eyes glinting beneath his famously white-blond hair. “We’ve missed you. How was the hunting in France, my friend?”

He meant women, not wildlife. “Très bon,” Townsend answered, although, in truth, he’d been too heartsick to respond to any advances that came his way.

He glanced around the half empty room. Things weren’t as busy at White’s outside the Season. Come spring, there’d be no empty tables, as married gentlemen returned from their countryside haunts. Speaking of married gentlemen… “Wescott’s not here, is he?”

“No,” said August. “But if he was, we’d have to broker a peace between you. You can’t hold that grudge forever.”

“I certainly can.” He poured himself a glass from the spiced brandy on the table. “He stole the woman I loved.”

“I don’t know that he stole her so much as saved her life in a fire,” said Marlow.

Townsend glared at him. “Even so, I can’t forgive him. You don’t know the whole story. The man is no longer my friend.”

“The two of them are happy, anyway.” August ignored his obvious anguish to deliver the cursed update. “They’re content as lovebirds, now that they’re over their rough start. He took her to Wales and everything. Taught her how to fight with swords.”

“He taught her swords?” Townsend found the idea preposterous. “She’s not strong enough to wield a sword. She’ll end up maiming herself.”

“She’s not your worry anymore,” said Marlow. “You’ve got to face that. Lady Wescott’s happily married, and you’ve got to make amends with Wescott before Christmas, anyway, so the four of us can be friends again.”

Townsend did his best to hold back a smirk. He generally tried to be a proper fellow, not the smirking sort, but his recent victory was too great not to gloat a bit. “He won’t want to be friends again when he learns what I’ve done.”

“What have you done?” Marlow and August asked at once.

“I’m going to be married,” he announced, raising his glass of brandy.

“Married?” Again, both his friends spoke in unison. They both sounded displeased and ignored his invitation to toast.

“It’s bad enough Wescott caught a leg shackle,” said Marlow. “Why are you getting married now?”

“That’s fifty percent of us, right out of commission,” grumbled Augustine.

“You’re supposed to ask me whom I’m to marry,” said Townsend.

Marlow threw up his hands. “Fine. Who are you marrying, Towns? Who’s the unfortunate innocent?”

“The Earl of Mayhew’s daughter,” he said triumphantly. “The woman Wescott was meant to marry before he lost her by ruining Ophelia’s life. Isn’t it capital?”

“The Earl of Mayhew’s daughter?” Augustine echoed. “Isn’t she—?”

“In the country right now? Yes, but I’ve spoken at length with her father. We talked about how difficult a time she’s had since Wescott jilted her.”

“Of course, I didn’t mention Wescott’s name when I brought it up,” he continued over his friends’ protests. “That would have been unseemly, to confront him with the whole debacle, so I went about it delicately. Her father was instantly agreeable to a contract. He said, considering her situation, that Lady Jane would be happy to wed me right now. A Christmas wedding in Berkshire! I understand it, really. Wescott left her in a terrible lurch when he dropped her in favor of Ophelia.”

“Townsend, dear fellow—” Marlow tried again to interrupt, but he held up a hand.

“I don’t want to hear any scolding,” he said in a strident voice. “If Wescott can steal my intended away, I can steal his.” His friends would never understand how deeply Ophelia’s loss had wounded him. He took a drink of brandy, savoring the heat on his tongue. “The idea came to me halfway across the Channel, and I couldn’t get home fast enough. Thank God her father was in town or I’d have had to slog all the way to Reading. I would have done it, though, to pull this off.”