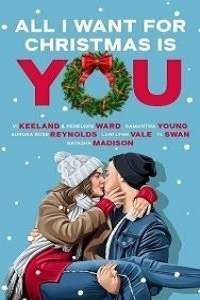 Cole is utterly annoyed by his neighbor Josie’s obnoxious Christmas display. When she blows out power on the street, he marches over and lets her know what he thinks of the mess she’s made. But when the only generator in town brings the two nemeses together…the Christmas display isn’t the only thing burning bright.

“What in the hell are you doing?”

I was bent over, wrapping lights around the base of my mailbox, and the bark of a man’s voice behind me made me jump. When I stood up, my head whacked against the mailbox above me.

“Owww.” I rubbed the top of my head and squinted at the man whose voice had startled me. My neighbor was parked in front of my house, sitting in his ridiculously large truck. “Jesus—don’t sneak up on people like that. What the hell does it look like I’m doing?”

He glanced around my lawn. “It looks like someone vomited Christmas all over the place.”

I scowled. God, this new neighbor was always so grumpy. It was too bad, because he was also pretty damn hot. He reminded me of that British actor from the Divergent movies…Theo something or other. But just because he had full lips, a chiseled jawline, and eyes the color of molten chocolate, didn’t mean I’d put up with his insulting my pride-and-joy Christmas display.

My hands settled on my hips. “I’m just getting started. It takes me a full two weeks to get everything set up.”

“You mean there’s more than all this?”

“Of course there is.”

He shook his head. “Those lights on your roof are already going to be shining in my window at night.”

I almost laughed. He was worried about the two measly strings I’d put up this afternoon? This was nothing compared to what it would look like by December 1. I was pretty sure astronauts in space enjoyed the glow of my house during the holidays.

I shrugged. “Perhaps you should get those black-out shades people who work nights and sleep days use.”

Mr. Grumpy frowned. Without a word, he nailed the gas and pulled into the driveway across from mine. I thought that was going to be the end of it, but after he got out of the car, he ambled back across the street.

“Please don’t tell me all of this attracts attention and people come by at all hours of the night to see a bunch of lights and silly figurines moving on your lawn.”

He narrowed his eyes. “You won’t what?”

“I won’t tell you that people come from all over to see my display, even though it’s the truth.”

Mr. Grumpy dragged a hand through his hair. “I bought this house because the neighborhood is quiet. Most of the homes around here are only used seasonally, and I travel most of the summer when it gets busy. I figured it would be empty in the winter.”

He wasn’t wrong. This area of the Hamptons was mostly second homes. The population in the summer grew to fifteen times what it was in the winter. Year-rounders like me weren’t the norm.

“It is quiet for most of the winter,” I said. Though I didn’t bother to add that in just a few weeks, our little block would have a constant stream of cars passing by. People came from all the surrounding towns to see my decorations. He’d have to deal. After all, the money people donated when they came by went to charity.

Mr. Grumpy’s eyes roamed my face. Apparently whatever he was looking for he didn’t find, because he frowned and stomped back to his house without another word.

Sighing, I kneeled back down to finish setting up the mailbox lights and mumbled under my breath, “So rude.”

“Rude is being inconsiderate of the people around you!” my neighbor yelled as he walked up his driveway.

How the hell had he heard me?

I cupped my hands around my mouth and leaned toward his house as I yelled back, “Or saying someone’s hard work looks like vomit!”

He responded with the loud slam of his front door.

The following week, I went shopping with my friend Sarah for new decorations to add to my display. Sarah lived in Manhattan and mostly spent summers in the Hamptons, but all I’d had to do was mention shopping and she’d come out to visit me for the day.

Our mission complete, we’d started to unload the packed trunk of my car back home in my driveway. There had to be at least twenty bags of lights and decorations, plus the backseat had two gorgeous, six-foot-tall nutcrackers I’d snagged at an incredible pre-season sale. As I collected another handful of bags, Mr. Grumpy’s big, obnoxious truck came down the street. I hadn’t seen him since our lovely last encounter at my mailbox a few days ago. He shook his head as he rolled by and parked in his driveway.