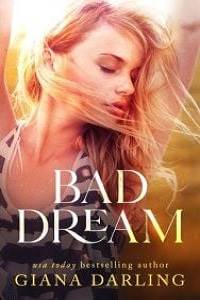 There was no reason to suspect that my life would change that hot, southern night with the arrival of yet another man on my mother’s doorstep.

It started the same as any other Friday night in the Belcante household. My mother, Aida, was in her bathroom with her hair up in fat pink rollers doing her face in the reflection of the old-school Hollywood-style vanity we’d been able to salvage from our old house. Frank Sinatra crooned loudly from the rickety record player perched on the edge of her pink bathtub. I knew all the words to all his songs by heart, and I was sick of them.

It had been exactly one month since she kicked the last one to the curb, but she was already dating a new man.

Even at forty-five years old, my mother was unusually striking. The combination of her deeply tanned olive-toned skin, a gift from her Italian father, with her pale cloud of curled blonde hair, and dark blue eyes was instantly arresting. And then there was her body. Curved like Venus in Botticelli’s famous painting, Aida Belcante had been dressing to highlight her lush form since she was just a girl and middle age had only perfected her style.

I sat beside the record player on the rim of the bathtub and watched her apply powder to her cheeks with a fluffy brush, wondering how many hours in her life she must have spent beautifying herself for men, but I was too lazy to do the math.

“Brandon had an episode today,” I reminded her lightly, because if she sensed a “tone” to my words, she became irrationally angry with me for back-talking. Every good Italian girl knows back-talking is the familial equivalent of blasphemy. “He’s really weak. I think he’d love it if you wanted to stay home tonight and watch Marvel movies with him.”

Mom laughed, light and feminine, as curated as the notes in the Chanel perfume she sparingly spritzed to each wrist and pulse point on her neck. It was the last of the bottle my father had given her, and she’d already watered it down as much as she dared.

“Bianca, cara mia, this is why he is so very lucky to have you in his life,” she praised dramatically, doing a half-twirl to face me, her pink-painted lips puckered as she blew me a kiss. “You are such a saint.”

It was a Friday night, I was seventeen years old, and I was spending yet another evening at home with my seven-year-old brother. It didn’t depress me as much as it might have if I hadn’t spent my whole life caring for Brandon as if he were my own kid. In a life that hadn’t given me much, God or something like it had seen fit to give me the best brother in the entire world.

So, I wasn’t angry with my mom for saddling me with babysitting duty again.

I was angry with her for not giving a single shit that Brandon had another seizure, the second in as many weeks. They were happening with increasing frequency, and we desperately needed to get him to a specialist, but we didn’t have the money for one.

“If you stayed home some nights, I could get better hours at the diner,” I suggested. “We could afford some new dresses, maybe another bottle of Chanel.”

And a visit to a specialist, I didn’t say aloud.

Aida paused, as I knew she would. Nothing intrigued her more than money and beautiful things.

Not for the first time or even the thousandth, I wondered what my father had ever seen in her beyond her pretty face and form. He’d been terribly flawed himself, but at least he’d been a man of substance.

“Don’t worry yourself, cara, you’ll get wrinkles. Besides, I have everything under control. This man I’ve been seeing, he’s very wealthy.”

I rolled my eyes as she turned back to the mirror and began to carefully unroll her hair from the curlers, fat sections of honeyed blonde falling around her full breasts.

She was always trying to fix our problems by hooking up with some man who would inevitably spoil her, love her for a time, and then leave her heartbroken and destitute once more.

It was a series of bandages over a gaping wound.

I didn’t have much time to study between working at the diner and taking care of Brando, but I had straight As and I volunteered with Habitat for Humanity so that I’d have a snowball’s chance in hell of getting a scholarship to a university somewhere.

No man was going to fix our problems in the end.

“Just because he’s wealthy doesn’t mean he’ll share that wealth with us,” I pointed out mildly as I picked at the chipped navy-blue nail polish on my thumb.