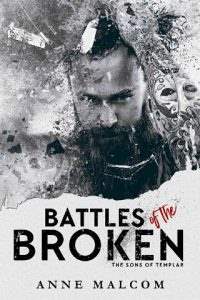 Her tears did nothing to him. Nor did the pain in her voice. It was music to his broken soul.

“I love heroin,” he replied, yanking his arm out of her poisonous grasp. “Doesn’t mean it’s good for me. Doesn’t mean it won’t destroy me. If I let it.”

He stepped back and she tried to scuttle forward but he raised his gun to her forehead. She stopped immediately because she might’ve been crazy, but she knew him well enough to know that he didn’t raise his piece unless he planned on using it.

He was doing a fine job of that himself.

“I won’t let you leave me, you can’t,” she hissed, straightening her spine, the words a meager threat.

He laughed. The sound was empty and cold. “I can and I am. You try to follow me, I’ll kill you,” he promised. “Just like I did your fucked-up family.”

Then he turned on his heel and walked away.

His steps were measured, even, and didn’t even pause at the screeches, threats, and pleads hurled at his back.

It might’ve looked like he was walking away, but he was fucking running.

He didn’t run from shit.

Shit ran from him.

He made sure of that.

If you wanted to get into all that emotional, psychobabble bullshit, then yeah, he ran. From himself. From those fucking demons knocking at his skull, licking at his heels.

They weren’t literal, those demons.

But they could kill him.

Though only if he stopped running.

To make up for being a pussy in his own mind, he didn’t run from shit in the real world. Or whatever this was where he lived now.

No, he didn’t run from a thing. Not danger. Fuck, he chased that shit, craved it like he used to crave the needle. Like he still craved the needle. He wasn’t a recovering addict, if you wanted to get technical—he’d just traded one substance for another. Poison in a syringe for death, pain, blood, violence. His cut. His brothers. The ones he’d die for. The ones he’d kill for. And though they didn’t know it, the ones who kept him alive—if that’s what he was.

But something changed in LA when shit went down.

From a fucking woman.

Because she was batshit crazy.

Even crazier than him.

He had a code—he didn’t kill women, not if he could avoid it, at least. But this one was gunning to kill him if he stayed in LA. So he didn’t.

And then he found her.

No, the woman who would make him stop running, in more ways than one.

And maybe his demons wouldn’t catch him.

But they’d catch her.

He didn’t save damsels.

He was likely to fuck them, then go on his not-so-merry way—if he was feeling like dipping his candle in that particular wick. He usually wasn’t. Damsels were innocent, and he didn’t do innocence. He fucked woman who were too far gone for redemption so he only damned them further. Made sure he wasn’t the reason their soul was tarnished.

He was fucked up. Some might say cold, calculating, and some might even call him a psychopath—and fuck, maybe they were right—but he wasn’t about to wreck something that wasn’t already broken.

Hence the reason he didn’t save damsels.

His brothers did. Though you wouldn’t say a lot of those women needed saving. Not if you liked your balls attached to your body. Gage quite liked the location of his balls, so he kept quiet on that score.

Gage had made his peace with the fact that he wasn’t going to get what those men had a long time ago. Fuck, he didn’t want it. He’d had it once. A version of it, anyway. The most beauty he’d ever hold in his hands. Then he’d turned himself into… whatever he was now after it broke him. After he broke her.

And every single one of his days was tainted, blackened and bloodied because of that.

So he found the ones who’d already experienced a brutal reality of one form or another. Ones who were so jaded that even he couldn’t hurt them anymore.

He fucked them. Hard. Brutal. In ways only a certain kind of woman—a broken one—could handle. Then he left before the rubber even hit the trash can.

Not exactly decent of him, but he wasn’t decent, so he didn’t give a fuck.

So his thoughts on damsels were what crossed his mind the second he saw one stumbling down a deserted road outside of Amber in the middle of the night.