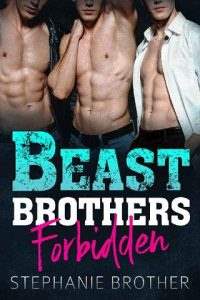 If I ever write my memoirs, they’ll be called Dani and Men: A Clusterfuck of Epic Proportions. Or maybe, Fifty Ways to Lose at Love: How to be the Most Pathetic Woman in Dating History.

Not that I’ve had fifty lovers. Not even close. Lots and lots of dates, but they seldom end well, because I am an absolute genius at picking the wrong guy. Put me in a room with ninety-nine awesome men and one jerk, and, as if equipped with a homing device, I’ll find the jerk, agree to go out with him, and end up miserable.

At times, I have been so disheartened by my miserable luck that I’ve vowed to stop dating, but – call it optimism or insanity – I keep putting myself out there. And the universe keeps mocking me.

Maybe I should give up for good, but despite my tragic dating record, I seem to be a hopeless romantic. Probably because I was born on Valentine’s Day, of all the ironies. I still imagine myself meeting a nice guy by the time I finish college, settling down soon after, and having a completely ordinary but utterly satisfying life with my husband and a couple of kids.

It really doesn’t seem like that much to ask of the universe. Don’t millions of other women want – and find – the same thing? And yet, here I am in my senior year at the university, surrounded by thousands of single guys, with nothing to show for my efforts but stories that make me the Queen of All-Time Bad Dates.

Case in point: Jayce Gilford, currently walking me home after dinner in a seedy little café. He’s a college graduate, which I thought was a good sign, since my friend Katie suggested that older guys might be more mature and less likely to be assholes. He’s attractive, if you like the sulky-male-model look. I would say he’s not my type, but I don’t trust my own judgment anymore.

Far from being my dating salvation, Jayce is just another mark in my Loss column. He’s spent half of our time together talking about himself and the other half complaining about women he used to date. He hasn’t asked one thing about me – and he talks with his mouth full. So much for older men and maturity.

The highlight of our time together has been the story he told about a girl named Maya who once threw a phone at him. There’s a faint scar above his eye where the cut healed, and he shows it off like a combat wound.

Whoever Maya is, I’m secretly a fan.

When we reach my apartment building, I turn to him with a polite smile, ready to say a quick good night and chalk Jayce up to yet another disappointing experience. Instead, he grabs me and shoves his tongue in my mouth.

What. The. Hell. Does he honestly think the date went well, or does he have some archaic notion that it’s his due? He didn’t even pay for my mediocre meal; I insisted on doing that.

Whatever’s going through his head, his advances are completely unwelcome.

I press a hand against his chest as a signal to stop, but when he doesn’t get the message, I use both hands and shove, wishing I had an extra mobile device I could hurl at him. He’s definitely not worth damaging my iPhone.

He scowls, looking surprised and offended. “What’s your problem?”

“How much time do you have?” I shoot back.

I must be losing my patience for bullshit. On all of the awful dates I’ve had, I’ve never talked to anyone like that.

“Whatever.” He stalks off without an apology or a goodnight, just a few choice epithets that he mutters loud enough to be sure I’ll hear them.

I let out a long sigh, feeling slightly bruised emotionally, and more discouraged than ever about my romantic future. I’m turning to enter my building when a voice says, “Dani?”

I’m startled, for an instant, but not frightened, because I recognize this voice. The rich, deep timbre and faint accent give him away. It’s Matteo Bestia, visiting professor of Italian languages and literature.

He also happens to be the sexiest man I have ever laid eyes on, and the object of my secret, fervent, hopeless crush.

Am I imagining him? I blink twice, and he’s still there, walking toward me. This man, with his European sophistication, beautiful bone structure, and the body of a Roman god, is so far out of my league that I haven’t even been able to conjure up a fantasy about the two of us – but that doesn’t stop me from getting all damp in my panties whenever he’s around. My brain knows it’ll never happen, but my body stubbornly refuses to get the message.

He’s only a few feet away now, having approached from the opposite direction that Jayce departed in. “Are you all right?” he asks, his thick-lashed, soulful brown eyes full of concern.