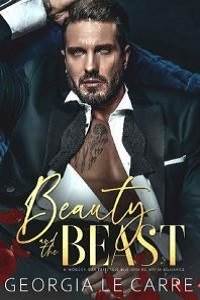 It was a beautiful winter night, but I hardly noticed it. I had no time for things like that anymore.

Lately, I’d even lost interest in women. Sure, I slept with them, but I kept it as anonymous as possible. They were bodies I pumped into and discarded in hotel rooms after I’d satisfied my needs. Every one of them was picked for her beauty and nothing more. Sometimes when they began to talk I had to bite back the desire to tell them to shut the fuck up.

Sometimes I looked in the mirror and I couldn’t recognize the cold, heartless monster I saw. His eyes were like morgues filled with the frozen bodies of all the men he’d put to death.

I had become my father.

He was a great dad to my brother and I, but you couldn’t run a business like ours and be anything else. It was a ruthless business. You had to be prepared at all times to kill or be killed.

From where I was sitting in the summerhouse, I could hear the sounds of the party floating from the big house. It was a boring gathering of low-lives and their broads. I didn’t even know why I came. This had stopped being my scene a long time ago. After this cigarette, I planned on leaving through a garden gate I’d noticed on my way out here.

I put out the cigarette under my heel, and as I lifted my head I saw a woman in a white, short dress heading towards the summerhouse. It was a crisp cold night and she wore no coat. Something about the way she moved made me watch her. Even in the near darkness I could tell she was very young. Early twenties, perhaps. Her hair was blonde and she had incredible legs. Long and shapely. As she opened the door of the summerhouse I caught a glimpse of her mouth. It was the sexiest thing I’d ever seen.

My cock stirred. It wanted to be in that mouth.

She closed the door and leaned against it. Quickly, she pulled a phone out of her purse.

She listened to the reply and almost sagged with relief.

“Thank God. It was just a false alarm, then.”

From the light of her phone I could make out her head nodding to whatever was being said to her.

There was quiet as she listened, then she said, “Yes, five o’clock is fine. Please tell him I love him very much.”

She ended the call suddenly, just as a small, choking sob escaped out of her. She pressed her hand to her mouth as if to stop more from coming out. With great interest I watched her take deep breaths to calm herself down.

From far away a man’s voice called out and she froze. Her whole body went still. The man’s voice came closer. From my position by the window I could see him coming towards us. It was too dark to make him out properly, but I thought I recognized his voice.

She opened the door and went out. “I’m here.”

“What are you doing there?” he asked.

“Nothing. Just wanted to take a break from the noise.”

“Come back to the party, baby. I’m missing you.”

They started walking towards the house together. He had his arm around her waist. Her hands hung limply at her sides. As I watched he let his hand drop down to her ass, caress it, then grabbed it roughly, greedily. She did nothing.

Inside me something came alive. Like a reptile that had been slumbering for many, many years. It opened its eyes, scented prey nearby, and began to move its cold-blooded body towards the warm, breathing thing. It remembered it had not eaten for a long time. And it was hungry. Very, very hungry.

I uncoiled myself from the rattan chair I was sitting on and sauntered towards the party.

I was in no hurry.

I knew exactly who the man was and exactly how to handle a man like him.

I could feel his dirty hand grabbing my butt, kneading it as if it was dough. God, how I hated him.

A long night lay ahead of me. Judging from the way his top lip kept sticking to his teeth he had obviously snorted a lot of coke in the toilets, and whenever he did that he wanted to go all night.

A shudder went through me when I thought about his sweaty body on top of me. I was so desperate to invent an excuse, and for an insane second I even contemplated breaking my ankle on the steps leading up to the house. The pain would be worth it. But knowing him he would callously ask in that grating way of his, ‘your pussy is not broken, is it baby?’