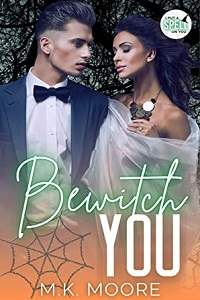 “You can’t be serious,” I yell into the mostly empty conference room of the packhouse. As the new alpha of the Appalachian pack, I have inherited nothing but problems. First and foremost are the pups of the pack who think they can do whatever they want. My grandfather was too doting in his old age, and now that he’s gone, they are my problems.

“Dane, they are out of control. They were howling at nothing and in town too. Mayor Floyd is getting pissed off. It’s interfering with the tourists.” Bristeadh-Cridhe, North Carolina, is nestled deep in the Appalachian Mountains, about twenty minutes from Asheville. Bristeadh-Cridhe was settled by Scottish immigrants, my direct ancestors among them, in 1756. They named it heartbreak after the heart-shaped mountain that sits high above the town itself. The mountain looks like it’s split down the middle giving it the appearance of a broken heart. They brought the wolf fever with them, and we’ve passed down the lore and legends through the generations. Since then, there hasn’t been a female child born to the pack, so our mates must come to us. A McAlpine has ruled the pack since we came to America, and I don’t see that changing any time soon.

“I’ll deal with them,” I vow. They are just kids, but they should know better by now.

“Now?” My beta and best friend, Carlos, asks piping in for the first time since Paloma brought this up during the pack meeting. I’ve seen the way he stares at Paloma. It’s crazy, heated. These two are mated, yet they won’t tell anyone. I have no idea why they would want to keep it a secret, but they are, so I’ll respect that.

“Yes, now. Bring them in, Warren.” Our enforcer, who is standing by the door, nods in affirmation. He’s a man of few words, but he does his job well.

Warren leads in three boys and one girl. The boys look at me with uncontained hostility and hostility, but the girl looks down at the floor and fiddles with the edge of her grey, oversized cable knit sweater. The sweater looks like it belongs to a man, and that fills me with rage. Rage like I’ve never known before. My chest suddenly feels like it’s on fire. It takes everything in me not to reach up and rub it. All I can think and pray is that she better be over eighteen. Waiting isn’t my strong suit, but for her, I’d wait until the world ends. My wolf fills my head and screams “MATE” simultaneously; I realize it’s true. This girl, whoever she is, is my mate.

“Don’t speak unless spoken to,” Warren reminds the group, his tone ominous. I don’t know why he says this though, I’m not going to bite their heads off.

“What are your names, ages, and your parents’ names?” I ask, moving to stand in front of them, my arms crossed. “You first,” I demand, pointing to the boy closest to me. The tone of my voice prevents him from disobeying me. All alphas possess the trait, but mine is unusually harsh, and it brooks no refusal.

“Ansel Graham, fifteen. Gary and Elsa Graham,” he finally answers. The grimace on his face tells me he really didn’t want to answer me. I hold back laughter. He’s a defiant little shit, but I remember what it was like at his age. The pack mentality leaves no room for alpha dominance from anyone other than the alpha. When I was his age, I never thought I’d be in this position. My father and two older brothers were ahead of me in the line of succession. My father died in a freak explosion at a gas station about five years ago. My mother, heartbroken to say the least, died within three days of him.

My oldest brother, Alistar, was killed by his mate. She was crazy and thought he was sleeping with someone else, which isn’t even possible. She died a few days later. My other brother, Hamish, was killed in a war that he had no business fighting in. That left me to take after my grandfather. When he died, I had no family left, but I vowed to lead this pack to the best of my ability. The alpha trait was within me the whole time, and it never had a chance to flourish until now, so yeah, I understand the pressure of not being able to do whatever you want to do. It’s possible but going rogue is a hard and dangerous road. Being in a pack provides a level of protection you won’t find anywhere else. We are connected in ways humans can’t possibly understand.

“You?” I demand, moving down the line.