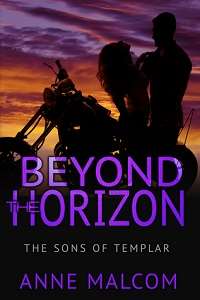 I yanked the covers over my head the moment my alarm jolted me out of a troubled sleep.

Ten seconds was all I was giving myself. All the time I was allowed to shut out the outside world.

I hated mornings. Loathed them. I wasn’t someone who hopped out of bed every day with vigor. I dragged my sorry and cranky ass out, every morning.

For as long as I could remember, I’d never woken up without the ear-splitting ringing emitting from my phone.

I wasn’t one of those people that got to lie in. That got lazy Sunday mornings. That got to decide not to get out of bed and spend the day binge watching their favorite television shows.

But this morning was different. I wasn’t dragging myself to the coffee pot then off to school, the hospital or the bar. No.

I was going to a funeral.

The person that depended on me. The person I had taken care of for the past two years. For the past sixteen years. My person.

“One,” I choked out, not letting the tears strangle me. My body already did its best to rob me of breath, I didn’t need the sorrow of my soul doing it too.

I threw the covers back and stared at the ceiling for a split second, embracing the detachment, the feeling of nothingness. Numbness had spread over my body since I got the call. Since that detached, emotionless voice on the phone informed me of my mother’s passing. It had been expected I guess, but in that vague, it’ll never actually happen type way. She’d been sick. For just over three years, she’d battled cancer. I mean battled. Fought with every fiber of her being, not only the disease but the poison they put in her body to try and cure it. The poison that hadn’t cured a thing. She had put it in her body for me, even though she didn’t believe in it. She had tried every alternative medicine, every other solution until I pleaded with her to let medicine save her. I had been convinced it would. It might have given her more time, given me more time, but it had also sucked every inch of strength out of my strong mother before it let the disease win in the end.

And even though the doctors had continuously told me with a clinical detachment that she was living on borrowed time, I never believed it. I’d held back her hair through the sickness of chemo, taught her how to tie a jaunty headscarf when her long locks fell out, changed and bathed her when needed, but I never let myself consider the real reasons for these things. Never let myself think of the evil disease that was slowly taking my mother from me. And it did. A demon in the night, death came and stole her away before I could even say goodbye. She died alone. Without me.

I sat up and pushed myself out of bed, my body having that tingly feeling when numbness starts to subside and pricks of pins and needles threaten to bring feeling back. That first prick of pain shocked me, it was an omen of the agony that awaited me. That I’d been running from.

I froze, standing in the middle of my bedroom. It was decorated as well as one could with little to no funds. In one corner sat a cheap wooden desk with coffee rings serving as an unintended pattern on the surface. Forgotten textbooks were crammed into a bookshelf beside it. Brochures and printouts of alternative cancer treatments littered the surface. Mismatched frames crowded the walls, pictures of Mom and me throughout the years. I couldn’t look at those. By recognizing all that I had left of her was images in a frame, it would make it real. I wasn’t ready for real. I continued my sightless gaze of my room. My old ottoman in the corner was a find at one of Mom’s favorite vintage stores, the patchwork pattern almost invisible since it was buried underneath clothes. Fairy lights draped around my uncomfortable bed, in an effort to lighten up my space. Somehow trick me into thinking it was better than it was. A huge mural took up half the wall behind my bed. A beautiful vibrant sunset, every color you could think of dancing in the rays. My mom had painted it on one of her good days. It almost looked real, like you could step through it to some magical and better world beyond. That was until you looked, with cynical eyes like mine and saw the crumbling wall beneath it. It was just paint. There was nothing beyond it.