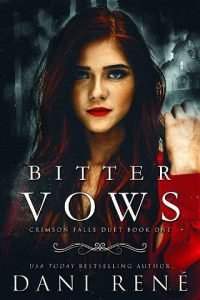 Life doesn’t afford us many chances to make right what we’ve done wrong.

It also doesn’t allow us to apologize to those who have passed—no longer walking this earth. When I was younger, the guilt ate away at me. Inch by inch, my soul was consumed by the incessant culpability taking hold of me, but then I realized—if I allow myself to feel, I’ll never survive. Instead of allowing sentiment to burrow its way inside me, I’ve buried what most would call human emotions. And all I’m left with is the ice-cold ruthlessness that grips me.

Especially growing up with the family I did. The Shaw name was synonymous with violence and bloodshed, and even though I should walk away, change it, I don’t. I’m proud of the fact that we’re known as people you do not cross. My brother decided to walk away from it all. It hurt at first, but now, I realize family isn’t always blood.

Choices are what guide us, taking us through the darkness that’s been holding us hostage for so long that when we look up into the light, we don’t recognize it. Over the years, I’ve become accustomed to the shadows, and I’ve basked in them. I no longer want an escape.

Strolling through my club, Heaven, I stop when I reach the immaculate mahogany bar. I cast a glance over the large, dimly lit space, taking in each patron who has already entered my domain. When I opened this place, it was meant for those who wanted to play, to indulge in fantasies that aren’t normal, and even though my tastes are eclectic, I didn’t realize just how dark some tendencies go. I’ve learned, though, and I’ve reveled in the shadows.

Black suede booths curl around silver-legged tables, which seats four people. Each one private as they snake against the far wall. To the left of the bar is the entrance to the club, which is where we’ve just come from, and I notice how it’s hidden by the sleek, black, silken curtains that keep this space private.

Stools line the bar area, and to the right is the hallway, which leads to rooms where the games begin. Once the couples or groups have acquainted themselves and agreed to an evening’s festivities, they move to one of the private rooms.

Some like to be watched, so I’ve ensured that there is space for them as well. Every person who walks into Heaven finds solace, pleasure, and satisfaction. When they leave, it’s as if all that happened within these walls are a memory, a happy one, but nothing more than an escape from their harsh reality.

I take in the customers who are settled with drinks. The men in expensive, tailored suits and the beautiful women draped over their arms—eye candy. Most of the politicians and businessmen who frequent Heaven are corrupt, married, or owned by the mafia.

My club offers them a cover for the activities which Heaven is famed for. With Masters and slaves, Dominants and their submissives, along with single women who crave the degradation and humiliation that’s usually frowned upon, I’ve given them somewhere to enjoy their desires.

But everything comes with a price.

Membership is not cheap, but there are rules that govern every person who walks in the door, and even after they leave, they know that confidentiality is key. Isaac, the barman who’s worked for me for years, slides over a tumbler with deep amber liquid.

“Busy night?” he asks, knowing that I’ll have the headcount before the doors open. I only allow so many people in the club at a time, and each night, I limit the number of patrons who enter Heaven.

“Yes, we have a special party tonight,” I tell him before I take a sip of my drink, watching the couples slowly forming as they get to know each other. Each woman who walks in here has signed an agreement that she understands what happens in here stays here. And each man knows that he will immediately cease all play if he is told to stop.

My cell phone buzzes in my pocket, and when I pull it out, I notice a familiar name—Alexei Carnevali. One of the Mafia princes I’ve known since I was a kid. We grew up together, did shit while studying at university, and now that we each have our own companies, we’ve become closer than I anticipated.

“Alex,” I greet after pressing the phone to my ear. “To what do I owe this honor?”

“I was wondering if you can help me,” he starts. “I have a job coming up which I’m certain would interest you.” I can hear the excitement in his tone, and I have to admit, my interest is piqued.

“Oh? I’m always open to working with you. Especially if it means bloodshed.” I signal for another drink as he chuckles at my response, my gaze landing on the door as two patrons saunter in. One is an influential politician, the other, someone I’ve been keeping my eye on. His money has been his downfall, and his wife has no fucking clue about his proclivities.