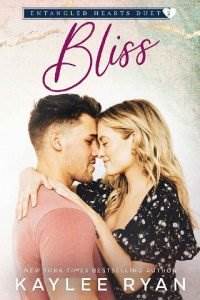 I can’t breathe. It physically hurts to pull oxygen into my lungs. There’s a tightness in my chest that I’m afraid will never go away. My hands tightly grip the chair in front of me as I watch Reese walk down the aisle. She’s beautiful, but there was never a doubt that she’d be a vision in a wedding dress. For a minute, I thought she might not go through with it. When our eyes met, and I mouthed to her that I loved her, I thought maybe, just maybe for a fleeting second that she was going to call it all off.

Instead, I watched as she, with her father at her side, put one foot in front of the other, passing me by to go to him. To Hunter. My body is frozen as I watch her. With each step she takes, it’s as if a dagger is piercing my heart.

I don’t want to watch this, but she asked me to be here. I will never again deny her anything. The one time I did has become my biggest regret in life. I had her, in my bed, in my arms, and I pushed her away. That’s a mistake that I have to learn to live with, and one I will damn sure never be making again. I should have told her sooner. Just something else to add to my growing list of regrets.

I can’t look away, no matter how badly I want to. I need to see her do this. I need to listen to her tell him that she vows to love him forever, so that maybe, just maybe, my heart will get the message that she’s not ours.

“Who gives this woman to marry this man?” the preacher asks once Reese and Garrett reach the altar.

“Don’t do it,” I whisper under my breath. Surely Garrett knows she’s meant to be mine. I watch as Garrett brings her hand to his lips and kisses it lightly. He then takes her hand and places it in Hunter’s.

Did you hear that? That loud crack is my heart as it breaks? Millions of shattered pieces that will never be the same, not without Reese.

“Her mother and I do,” Garrett says proudly. He steps away and takes his seat on the front row next to Eve.

My mother is sitting next to Eve, and my father next to her. There’s an empty seat next to my father. It’s the seat I was supposed to sit in. I just… couldn’t. I’m having a hard enough time sitting in the back row. I would be too tempted to drop to my knees in front of her and beg her not to go through with it. Who am I kidding? The temptation is still there.

I texted my parents to let them know I was here but sitting in the back. Mom tried to convince me to come sit with them, but I just can’t. I know they know that this day is hard for me, but they have no idea the depths of the agony I’m in. They don’t know that she’s my heart, and my best friend. They don’t know that her father isn’t the only one giving her away. I’m losing her, and the pain of that steals my breath from my lungs.

Closing my eyes, I say a silent prayer that when I open them, this will have been a nightmare. That I won’t be sitting in the back row of this banquet hall, and the love of my life won’t be about to pledge her love for someone else.

Slowly, I open my eyes.

With a man who’s not me.

"If anyone can show just cause why this couple cannot lawfully be joined together in matrimony, let them speak now or forever hold their peace.” The question echoes throughout the quiet room.

My nails dig into the back of the chair in front of me. I need to say something. I can’t let her do this. I need to stand up and shout out that she’s making a mistake. No one can love her like I can. My grip is so tight on the chair, my knuckles are white, and I’m losing feeling in my hands. I bite down on my bottom lip to keep from yelling out, or hell, maybe it’s to keep my tears at bay. I can feel them brewing as the heat builds behind my eyes.

Steadying my weight on my hands, I push up from my chair at the same time Reese looks out into the crowd. She searches until her eyes lock on mine, causing my heart to stall in my chest. I open my mouth to speak but quickly close it. Instead, I watch as she removes her hands from Hunter’s and takes a small step back. Her hand shoots out behind her, and Tessa hands her something.