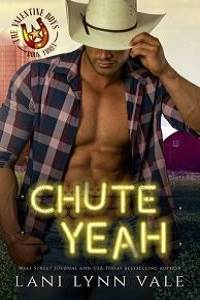 Have you ever put two and two together and come up with fifteen reasons to smack a motherfucker?

“Come on, let’s do it,” I said as I humped the massive thing into the hallway of the school.

It was eerie being here after hours.

Honestly, if I hadn’t been so pissed off at my big brother, I probably wouldn’t be doing this right now.

But Ace had said that I wasn’t allowed to pull off a senior prank since I wasn’t a senior, and shit had gone downhill from there.

“You got the lube?” I asked Callum.

He rolled his eyes and produced about four bottles from his pants pocket.

“Excellent,” I said, unearthing the massive dong from my box. “Spencer, you got the glue?”

Spencer held up the glue. It was super, super glue. Or so I was told. I asked the guy at the hardware store what would be the best thing to stick silicone to tiles, and he’d pointed me in the direction of that particular type of glue.

So, it was my hope that the glue wouldn’t be coming off very easily. They’d have to chop the dick apart before they could unglue it. Or so I hoped.

I didn’t want to make it easy for them.

What would be the fun in that?

“Do you think that someone would actually use this for what it’s intended for?” Callum asked.

Spencer snorted and twisted the lid off the tube of glue, then squirted the entire thing onto it, using the tube itself to spread it in.

Once done, he tossed the glue into the trash can at the end of the hall and came back.

I looked for the best place to put it.

I walked to where he pointed and agreed. It was the perfect spot.

Five minutes later it was stuck to the floor and Callum and I were lubing it up.

“This is gonna be hilarious,” I declared once we were done. “Let’s go wash our hands and go.”

Or we would have had the bathroom doors not been locked.

“Well shit,” I said as I looked at my hands, then at the pole we would have to climb to get out of the school. “This is going to be fun.”

The next day at school was nerve wracking. After thirty minutes of stacking shit to help us get out, we’d made it home just in time to help with chores and turn around and go back to school. Luckily, I was able to grab a shower first.

I was fairly sure I had lube in places there shouldn’t be lube.

The first thing I saw as I got to the school was the crowd.

They hadn’t even made it inside yet seeing as the seniors had managed to pull off their prank yesterday, too.

They’d put a cow—a live one at that—on top of the gym. Fortunately, they’d corralled the beast, because I could see the animal walking straight off the side of the building.

“The bell has rung!” Principal Matthews called out. “Get inside!”

My brother rolled his eyes at his fellow seniors’ prank.

“Amateurs.” He snorted as he elbowed me. “What’d you do last night that had you out so late?”

The tardy bell rang and everybody started to run. It seemed like the entire school was outside staring at the cow, even the teachers.

That was why everyone was in school and in their classes by the time Principal Matthews came over the loudspeaker and announced the school was in lockdown.

“And to whoever decided to glue the massive dil… eeeeep, sex toy—whatever—to the tile in the middle of the senior hallway, we will find you,” Principle Matthews declared.

Callum and I exchanged looks, but neither one of us were worried.

In fact, there was no way in hell they’d know it was us.

Okay, so they somehow found out it was us.

Well, they’d narrowed it down to about ten students, three of which had actually done it.

How they’d narrowed it down, I didn’t know. But they did, leaving us all sitting in the middle of the senior hallway as Principal Matthews stared at us with annoyance written all over his face.