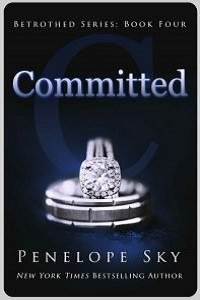 We stood in the middle of the street, streetlights slightly illuminating us in the center of the city. Most of the buildings around us were dark because tenants kept their curtains shut and kept to themselves. Florence was a beautiful city, but everyone knew it was plagued by monsters like me. As long as they minded their own business, they knew they were safe.

Maddox stood beside me, in a long-sleeved shirt and dark jeans. He never wore a watch or any other kind of jewelry. He was slender and ripped, possessing a strong physique that wasn’t burdened by a mass of muscle. The time I’d spent with him had yielded even less information about his character. He didn’t have a concrete personality. Some days he was talkative, and other days he didn’t say a single word. We’d combined our men together, like a sick blended family. As we waited for our accomplice to arrive, he turned his gaze on me. With his crystal-blue eyes, he stared at me with a burning gaze that was as cold as frostbite. There was no emotion in his eyes, just light intrigue.

I refused to show intimidation or fear. This man had taken away everything that mattered to me. I won’t allow him to take control of my emotions too. I turned my head in his direction and met his look with stoicism.

He took a step closer to me. “We’ve made a lot of progress, huh? I knew the two of us would clean up this country.”

He never seemed to care about how much I hated him. He was either immune to it or oblivious. “Shouldn’t be much longer now…unless he has a death wish.” He turned back to the road and waited for the car to arrive.

A minute later, a black SUV parked in the middle of the street, and our distributor got out of the back seat and walked toward us. He had five men with him, but the protection was obsolete considering all the men we had positioned around the area.

Maddox glanced at me again. “About time, right? I thought I was gonna miss high tea.”

I hated this motherfucker.

Richard walked toward us, with skin deeply tanned by the unforgiving sun. His thick, curly black hair was pulled back in a ponytail, and he had extra weight around his waist. He walked up to us with a stony expression on his face. “I’m only here tonight as a courtesy. But I won’t change my mind.” He was a distributor who had the only way into the Middle Eastern countries. He had all the soldiers and the government on payroll, so it didn’t matter how war-torn the country was, he could make it happen.

“And why won’t you change your mind?” Maddox asked. There was always a slightly cheerful tone to his voice, a contradiction to the seriousness on his face. It was impossible to figure out his feelings at any point in time.

Richard paused as he stared at Maddox, clearly swallowing his frustration. “There are new regulations. There are airstrikes happening as we speak. It’s dangerous, reckless. Now is not the best time.”

Maddox started to pace slowly, one hand in his pocket and the other rubbing his jawline. “The entire population is under siege. They are stuck in a country they can’t escape, and all the asylum countries are rejecting refugees. It sounds like they are prisoners to their own terrible demise.” He stopped and turned back to Richard. “It sounds like high-quality meth is exactly what they need.”

I could detect the threat in Maddox’s tone even though he didn’t do anything visibly threatening. My eyes glanced back and forth between Maddox and Richard. Maddox did business differently than I did. It was more extreme, but also more effective.

Maddox shrugged. “Hasn’t that always been a possibility?”

“Yes.” Richard glanced at me before he kept talking. “But the laws have changed. They are searching everything that comes into the country. Tensions are high. I can’t just pay off everyone.”

“You can if you pay them enough.” Maddox returned to my side. “Let’s make this happen, Richard. I’ve got two thousand kilos just for you. Be a rich man and make me a rich man.”

Richard shook his head. “The answer is no…at least for now. I came in person tonight in the hope we can continue this business relationship at a later time.”

Out of nowhere, Maddox began to laugh. It was genuine, like he’d just remembered something hilarious. It was almost a shrieking sound, the noise of an animal dying. Then he stopped abruptly. “It’s now or never.” He suddenly turned ice-cold, making the air around us vibrate with hostility. “You’re going to do this, or I’ll decapitate you right here in the street.” He snapped his fingers and motioned to one of his men, who brought him a large samurai sword. He’d prepared for this before even meeting Richard, which made it even creepier. Maddox stood with the blade slung over his shoulder, looking almost like a lumberjack. It was comical but terrifying.