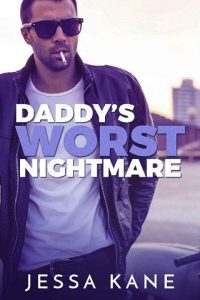 I was thirteen years old and begging on the street the first time I saw her.

Anyone who knows me now would be shocked that I used to sit on the subway station steps with a frayed wicker basket balanced on my knees, asking for change. It wasn’t by choice, though. It was never by choice. And as humiliating as it was for me to humble myself in front of strangers, day after day, I learned some valuable lessons about human nature.

When a parent yanked their child to the other side of the steps so he or she didn’t touch me, didn’t get too close, that child learned in that instant to see me as something filthy. Something dangerous. Something other. They never get rid of the notion, either. It’s instilled too young. Then over time, I just became invisible to them. A piece of scenery, instead of a scared kid whose father will hurt his mother if he doesn’t bring home enough cash.

In all those years I spent begging, there was one child, only one, who was yanked in the opposite direction of me—and resisted.

And she would become my reason for living.

“He’s probably on drugs,” the man leaned down and whispered in the little girl’s ear, trying to pull her out of the station, probably toward the park or a toy store. A place regular children got to go. “Arya, let’s go.”

“No. He’s hungry.” Her big, chocolate brown eyes filled up with tears. “We can’t just leave him here.”

The man was exasperated. “He’ll be fine. He’s not our responsibility.”

“But we have lots of food at home! We could give him some!”

He was very lucky he didn’t try to do that.

I would have murdered him.

The moment she chose to defy the man and argue on my behalf, she became mine.

Arya, who couldn’t have been more than seven, crossed her arms, the porcelain skin of her face turning red. “I’m not moving.”

“Give me the orange in your pocket.”

It took a lot to pause foot traffic on a New York City sidewalk. It took even more to make me laugh, but she managed to do both. Because the sound that came out of this tiny, angelic girl was straight from the pits of hell. She meant business.

Finally, she man relented, handing over the orange.

She smiled, the picture of innocence once more. “Thank you, father.”

He sighed. “Be quick about it.”

When she started walking in my direction, my heart wormed its way up into my throat. My hands shook. I felt a million things at once. Shame over the dirt on my face, over the fact that I was a beggar. I felt humility over being defended by this tiny child who owed me nothing. I felt like the sun was shining on my face for the first time in my life. But above all, I felt love.

I loved her, even then.

She gave me a conspiratorial look, as if we’d won a shared victory, and placed the orange in my hand, not bothering to keep our fingers from brushing. As I unpeeled the orange hungrily, she twisted one end of her braided chestnut pigtails in her hands.

I cleared the emotion from my throat. “No.”

“Oh, good.” Her shoulders relaxed, but her lower lip trembled slightly. “If I had my own house, I would let you come stay with me. As long as you wanted.”

I swallowed hard. “I think you would.”

“I’d have lots of puppies to play with, too. My dad is allergic, so we can’t have any but I want one so bad,” she whispered, eyes beginning to sparkle. “Do you like puppies?”

I’d never owned or even pet one, but I was worried about making her even more sad on my behalf. I never wanted her to be sad again. “Sure, I like them. Who doesn’t?”

My answer made her smile and it was so pure, so kind, I forgot about the orange in my hand. “What is your name?”

Whatever you want it to be. “Damian.”

Her father called her name impatiently.

Arya glanced back over her shoulder and wrung her hands, looking like she actually wanted to stay. To talk to the beggar, instead of going somewhere fancy in her pretty blue dress. A few seconds later, I stopped breathing when she leaned down and kissed my cheek. “You must be very brave,” she whispered, just beside my ear. “And the brave people in my books always win in the end. That’s how I know everything is going to be all right for you.”

Unable to speak, I just nodded, watching her father sweep her away.

It was the first time I’d ever been encouraged or given a compliment. Holding the orange in my hand, I felt…renewed. With her whispered words in my ear, I could take on the entire city, make it mine and rule it with an iron grip.