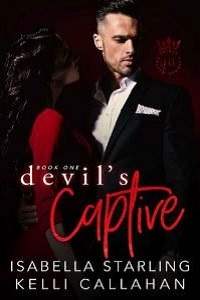 “Come on, Miss Violet. You can’t sleep all day.” My maid, an older Hispanic woman named Maria, tugged on my curtains as she spoke to me.

“I don’t want to get up—not yet.” I rubbed my eyes, but it was too late—the sun had already hit my face.

“Happy Birthday, Violet.” Maria turned towards me with a warm smile once the sun was violating my vision.

“Oh!” The sleepiness faded, and I felt excitement rushing through my veins. “It’s my birthday! I’m eighteen!”

“Yep, enjoy it while it lasts.” Maria chuckled and walked over to my closet. “Do you want to wear that new dress your father bought you?”

“Aren’t you forgetting something?” I raised my eyebrows and grinned. “I have to eat breakfast before I even try to figure out what I’m going to wear today.”

“Breakfast is coming.” Maria nodded and looked towards the door as it was pushed open by my butler, Henry.

Maria and Henry had been working for my father at the Cabot Estate longer than I had been alive, and they felt more like family than hired help. They had also been secretly dating for at least five years, and I was helping Maria plan the wedding—they just had to find a way to tell my father that they both needed time off at the same time. I was pretty sure the whole estate was going to fall apart while they were away on their honeymoon, but I could worry about that later—it was my birthday, and it was time for breakfast in bed.

“Delicious as always, Henry.” I smiled and put my empty plate on the tray beside me. “But, I know the cake you’re baking for my party is going to be even better!”

“I’m trying something new this year—I think you’ll like it.” Henry gave me a slight nod and started pushing the tray towards the door.

“Now you have no excuse not to get up.” Maria walked out of the bathroom that was attached to my bedroom, and I heard the water running into my large oval-shaped tub.

“I guess not…” I pushed the covers back and headed towards the bathroom.

I bathed, with Maria’s help, and then got dressed for my big day. I had been looking forward to my eighteenth birthday party since I finished the last slice of my cake from the previous year. I was officially an adult—as much of an adult as I could be living in the Cabot Estate, where luxury was the only world I knew. I was aware that I was incredibly spoiled and had a life that some people only dreamed about, but that didn’t stop me from enjoying it. The real world would be different—and I was prepared for that. I couldn’t be Hugo Cabot’s little girl forever if I wanted to have my own identity one day—and run Cabot Enterprises once my father retired.

“Daddy!” I smiled as I walked into the lavish living room, which had been decorated for my birthday party.

“Hello, sweetheart.” My father’s warm smile always made my heart melt when I saw it. “Are you ready for your party?”

“I don’t know.” I narrowed my eyes suspiciously. “Did you get me a pony?”

“You have two thoroughbreds in the stable, young lady—I hardly think you need a pony.” He suppressed a laugh, but he still chuckled.

“Ugh, fine. What did you get me?” I rolled my eyes, but my tone reflected the fact that I wasn’t serious about my request.

“You have to wait for your party.” He pointed at the table near the entrance of the room. “A few people couldn’t make it, so they sent their gifts ahead of time.”

“Wow, that’s a lot more than last year. Is anyone coming?” I felt a bit of concern when I saw the stack of presents.

“Yes, probably more friends than family this year, though.” He exhaled sharply. “Georgia said she might be late.”

Hearing my older sister’s name sent a chill through my body, but it wasn’t because of her. It was her husband I didn’t want to see. He was a creep—the kind of creep that thought money gave him the right to do anything he wanted, and that included trying to put his hands on me once. I showed him that I didn’t appreciate his advances with a swift knee to the groin, and I guess you could say that our relationship had been strained ever since. I tried to tell my sister, but she didn’t believe me for a second and called me a spoiled brat. If she skipped my party entirely, I wouldn’t be that upset.

“Wow, yeah—there’s going to be a few empty chairs this year.” I scanned the names on the gifts, feeling disappointed that I wouldn’t get to see a few people I liked, but excited to find out what they got me.

I saw a gift sitting near the edge of the table from my brother, Rhys. I was pretty sure he wouldn’t be coming to my party, but seeing his name on one of the gifts confirmed it. His relationship with our father was—complicated. Rhys wanted to be his own man and had no interest in working at Cabot Enterprises. My father always expected his only son to be his successor at the head of the table. When Rhys declined, it left a rift in our family.