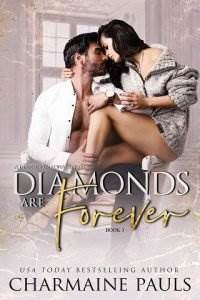 One dark day, a little girl hid in a broom closet and buried her soul in a fairy tale.

“One day, I’ll find my prince. He’ll buy me beautiful dresses and lots of pretty glasses, and he’ll never break them. He’ll take me very, very far away from here, and I’ll never come back. Just wait and see.”

And then she grew up and her wish was fulfilled. Only, she didn’t find her prince. The villain found her. He stole her dreams and made them come true. He took her far away, and wouldn’t ever let her go back.

I stop dead in my parents’ lounge with the phone pressed against my ear. The words bounce off my ribcage and echo in my chest. Damning words. Fearful words. Words I never thought I’d hear.

Everything inside me comes to a standstill—my heart, my breathing, and even my ability to think. The message slams straight into me like you’d collide with someone who suddenly stops in front of you. Those rare emotions only Zoe can raise from the dead of my soul crash into my frozen body when my mind finally catches up. I break out in a sweat. My stomach drops. My pulse throbs in my temples. All the while, I wrestle with the meaning.

“What did you say?” I ask in a voice cold enough to match the frost on the lawn. I heard my guard, loud and clear, but an unfamiliar part of me wants him to deny it. Usually, I don’t shy away from the truth. I’m an expert at embracing all its ugly parts. The truth is a weapon in my quarter, a tool I use for designing psychological manipulation—mind games.

Those very games I engineered to trap Zoe turn on me as the guard repeats, “She’s gone,” sounding uncertain now.

“What the fuck do you mean Zoe is gone?”

He swallows audibly. “She was crying. She excused herself to go to the bathroom. When she didn’t come out after several minutes, I went to check.”

“How many fucking minutes?” I ask, my vision going hazy around the edges.

“Ten. Fifteen. I have a sister, sir.” He starts to stammer. “I know how it is when a woman cries.”

When a woman cries. I hurt Zoe. I know it. I hated every fucking second of it, but what choice did I have? It’ll take time, but, like with all wounds, it’ll eventually heal. We’ll go back to the way we used to be, back to that peaceful, happy state we achieved in Corsica. Until the day Zoe walked in on that first formal meeting between me and Izabella, my future wife.

Doesn’t Zoe know she’ll always come first? Didn’t I tell her my marriage changed nothing? Well, except for not being seen with Zoe in public and the fact that my fiancée and I are supposed to produce an heir after our marriage. Those things are duties, though, unpleasantries to ensure the survival of our empire. Without the alliance, our business won’t develop or thrive. Our families won’t be safe. Peace with the Italians will go down the drain. New wars will break out. Men will die. Without this marriage, I can’t offer Zoe protection. I won’t be able to take care of her or ensure her safety. Why the fuck can’t she see that?

“Sir?” my man asks, fear bleeding into his voice.

That fear is nothing compared to the terror ripping through me as the truth finally settles and self-control runs back into my bones with life, allowing me to be the boss who acts fast and efficiently. Zoe is out there. Alone. An easy target. A delicate flower. No resources. No passport and not much money. No fucking weapon to protect herself. She doesn’t know my country. She doesn’t know my enemies or allies.

I check my watch. It’s quarter to nine in the morning. Caterers are scurrying through the house, carrying trays of food to the dining room for a champagne breakfast. My mother invited the Zanettis so the families can get acquainted before tonight’s engagement party. Servers are polishing the glasses before setting them on the table. I take it all in with detached attention as a wave of fury rises inside me.

Zoe is mine. She made a terrible mistake, one for which she needs to pay, but since I’m the cause of her irrational actions, I’ll carry the blame. I understand why she did what she did. I made it my business to get to know her. Marrying Izabella isn’t cheating. It’s business. Of course Zoe won’t see it that way. She’s a good person. Her heart is pure. She doesn’t want to be a cheater. She told me so herself. Most of all, she’s a woman in love. A woman scorned. That’s why she ran.

“How long exactly since you lost her?” I ask as a chill of violence runs down my spine. The violence is familiar. I know how to control it, but I can’t cope with the sickening fear. This fear, it controls me. It won’t let me detach myself from my feelings and act rationally. I fucking hate Zoe for it as much as I’ve ever adored her.