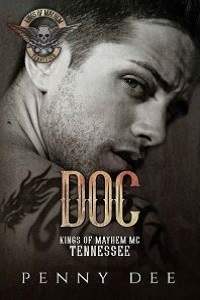 The girl trying to stick her tongue down my throat tastes like maple syrup and beer.

She’s all over me, pressing her tight body up against mine and telling me all the things she’s wanted to do to me since the school year started.

Her body feels good against mine. Warm and soft. But she isn’t my girlfriend. And even though I’m so drunk I probably need some kind of medical attention, I know this isn’t right.

I’m not a cheater.

And I love my girlfriend more than anything in the whole fucking world.

I think of Christy and our fight. Think about how I stormed out instead of hanging around to work things out. But we were so mad, I wanted to get out of there before either of us said something we both regretted.

I hadn’t meant to come to this party. But Lyle Matlock and a couple of other guys on the football team were driving past when they saw me walking along the side of the road and offered me a ride.

Now I’m here with a cheerleader begging me to fuck her.

I don’t even know where she came from. One minute, I’m heading for the front door, the next, she’s wrapped around me like a boa constrictor.

She’s hot. There’s no denying that. But she isn’t my girlfriend, and I’m not about to do anything more to jeopardize what I have with my girl. So, I try to push her away but being so inebriated, my motor skills are slow. My hands feel like they belong to someone else, and somewhere in the back of my mind, I know I need to puke.

Somehow, I manage to untangle her from me and my entirely disinterested body, then slide my way along the hallway toward the front door. Needing air, I stumble down the porch steps to the front lawn, where I collapse onto the grass. I close my eyes and will myself not to puke, but the world begins to spin, so I open them again and stare up at the stars.

With an ache in my heart, I think of Christy again.

I don’t want to fight with her.

I want to be with her.

I want to feel her warm arms around me.

Sitting up, I grab my phone but drop it because my hands are like wet noodles. I pat the grass looking for it, then congratulate myself when I find it.

Fumbling, I manage to dial Christy’s number, and after few rings, she picks up. The moment I hear her voice, my chest tightens with longing, and I know I’ve done the right thing calling her.

No fight is worth losing her.

Nothing is fucking worth losing her.

I’m still on the lawn trying not to puke when she pulls up in her truck.

“Baby…” I reach for her, my eyes bleary. Christy shakes her head. She’s still mad, but she reaches for my hand and hoists me onto my unstable feet. “I’m drunk.”

“No shit, Captain Obvious. Get in the truck.” Yep, she’s still angry. She opens the door, and I climb into the passenger seat, praying I don’t puke.

Christy jumps in and starts the engine.

I shouldn’t have walked away from our fight.

“Do you mean that?” she asks, pulling out of the driveway.

“I shouldn’t have left. But I want our baby, Christy, and when you said you wanted to get rid of it—”

“I didn’t say I wanted to get rid of it. I said I had to think about what to do. I need options, and abortion is one of them.”

“Don’t you think I know that?” she says, tightening her grip on the steering wheel. “But I’m only eighteen years old, and you’re seventeen. In a few months, I’ll be leaving for med school, and this changes everything. I’ve wanted to be a doctor for as long as I can remember, and I have worked hard for my scholarship. How am I supposed to attend medical school, work nights, and look after a baby?”

And I mean it.

I’ll do whatever it takes.

“You say that now but what happens when it gets really hard, and you decide you can’t do it anymore?”

Despite being drunk, I’m a little offended that she thinks I’d walk away from my responsibilities so easily. I’m not that guy. I never have been. Never will be.

“My sister thought she could count on Clinton, and look how that turned out.”

Her sister, Charlotte, dated the quarterback all through high school. When they were both seniors, she found out she was pregnant, and he promised to stick by her. But at prom, she found him fucking one of the cheerleaders in the gym locker room, and two weeks before her daughter was born, he left for college with the same cheerleader. It hasn’t been easy for Charlotte. She had to give up her scholarship and take a job at the Piggly Wiggly to make ends meet.