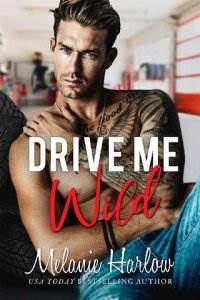 A watched pot never boils, but a watched mechanic will.

I don’t remember how old I was when I first heard my dad say it, but damn if he wasn’t right. There was nothing worse than a hoverer, and old man Dodson was a serial offender.

“Are you sure you need to hit that so hard?”

“Is that really the right way to do it?”

“Are you going to be done soon?”

Not if you keep standing there asking me stupid questions.

My temper was nearly at the boiling point, but since I really couldn’t afford to lose customers, I turned around and attempted something resembling a smile.

“Shouldn’t be too long now, Mr. Dodson. Why don’t you take a walk? Maybe grab a cup of coffee and a donut at the diner? By the time you get back, I’ll have your vehicle all ready for you.”

The old-timer scratched his head and hitched up his kelly-green pants. “You know, Swifty Auto said they could have this done in half an hour. And their price was cheaper than yours.”

I gripped the wrench I was holding even tighter.

“He taught me everything I know,” I said. In other words, I too know what I’m doing, asshole. Now go get a fucking cruller and let me finish this up. You didn’t even have an appointment—I squeezed you in as a favor.

Dodson exhaled and gave up. “Guess I’ll take a walk then.”

I watched him wander out to the sidewalk and begin his old-man shuffle down Main Street, then got back to work.

“Damn, that guy is annoying,” called McIntyre, the other mechanic at Bellamy Creek Garage. I owned the place, but he’d been working there almost as long as I had. We also had a helper—a “stack the tires” guy—whose real name was Andy, but we referred to him as Handme, since we were always telling him to hand me that wrench or hand me a towel or hand me the 10mm socket I just dropped in the engine bay and couldn’t fucking find if my life depended on it.

“Yeah, he is. But he pays his bill, at least.” I checked the clock on the shop wall. “Hey, where the hell is Handme? I thought he was supposed to be here by seven. It’s almost nine.”

“I think he had to take Lola somewhere.”

“Oh, right. He mentioned that yesterday.” I shook my head as I went back to work under the hood of Dodson’s Buick. “Poor kid.”

“I mean, he’s a fucking mess over that girl.”

“So it’s Handme. She’s gonna eat him alive and spit out his bones.”

McIntyre laughed from beneath a Ford Mustang. “He might enjoy that. I know I would.”

“You and Emily fighting again?” McIntyre was engaged to be married in six months—if he and his high-maintenance fiancée could stay together that long.

“She broke up with me last night.”

“What was it this time?”

“Hell if I know. I think her words were something like, ‘Because you’re an insensitive asshole who doesn’t care about anything important.’ But by important, she means shit like what color the flowers will be at the church or what flavor the wedding cake will be, or who sits where at the reception. What do I care about that stuff? It doesn’t matter!”

I couldn’t agree more, but I kept my mouth shut.

“It’s all bullshit,” he rambled on. “Why can’t we just say ‘I do’ at city hall and go drink beers afterward like normal people? I’ll even wear the suit.”

I laughed. “Got me. You’re the one who asked her to marry you.”

“I know, but it’s like she lost her mind with all this wedding stuff. She used to be so fun. We used to hang out and listen to music and talk about shit that matters, like cars and baseball. Now all we do is argue. I have to say I’m sorry like ten times a night.”

“So stop apologizing. Let her crawl back to you for once.”

“That could take weeks, Griff. I can’t wait that long to have sex. Not all of us have the discipline to be a celibate monk like you.”

“I’m not celibate, asshole. I’m just not a slave to my dick like everyone else who works here.”

“But don’t you miss it?” McIntyre asked.

Was he kidding? Of course I did. But needing something or someone so badly made you weak, and I prided myself on being strong. Sure, I was human like anyone else, and occasionally a cute ass in tight jeans got the better of me, but I always followed my rules: I was a one-night-only attraction, I always used protection, and I never slept over.