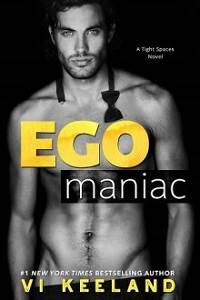 Sometimes what you’re looking for

comes when you’re not looking at all.

Two hours in traffic to make it not even the nine miles home from LaGuardia. It was after ten o’clock at night. Why weren’t all these people at a party by now? Whatever tension two weeks in Hawaii had relieved was already back to coiling tighter and tighter inside me as the town car inched its way uptown.

I tried not to think about all the work I was coming back to—the endless string of other people’s problems to compound my own:

Get me full custody of the kids.

She can’t have the house in Vail.

All she wants is my money.

I rubbed the back of my neck, feeling slightly claustrophobic in the back of the Uber, and looked out the window. An old lady with a walker passed us.

“I’ll get out here,” I barked at the driver.

“But you have luggage?”

I was already exiting the back of the car. “Pop the trunk. It’s not like we’re moving anyway.”

Traffic was at a dead stop, and it was only two blocks to my building. Tossing a hundred-dollar tip at the driver, I grabbed my suitcase from the trunk and took in a deep breath of Manhattan.

I loved this city as much as I hated it.

575 Park Avenue was a restored pre-war on the southeast corner of Sixty-Third Street—it was an address that gave people preconceived notions about you. Someone with my last name had occupied the building since before the place was converted into overpriced co-ops. Which is why my office was allowed to remain on the ground floor when other commercial tenants were tossed out years ago. I also lived on the top floor.

“Welcome back, Mr. Jagger.” The uniformed doorman greeted me as he swung open the lobby door.

“Thanks, Ed. I miss anything while I was gone?”

“Nah. Same old, same old. Peeked in on your construction the other day, though. Looking good.”

“They use the service entrance down Sixty-Third like they were supposed to?”

Ed nodded. “Sure did. Barely heard them the last few days.”

I dropped my luggage inside my apartment, then headed back downstairs in the elevator to check things out. For the last two weeks, while I was screwing off in Honolulu, my office space had been getting a total renovation. Cracks in the high, plastered ceilings were to be patched and painted, and new floors installed to replace the old, worn parquet.

Thick plastic remained taped over all of the interior doorways when I walked in. The little furniture I hadn’t put in storage was also still covered with tarps. Shit. They aren’t done yet. The contractor had assured me there would only be finish work left by the time I returned. I was right to be skeptical.

Flicking on the lights, I was happy to find the lobby completely done, though. Finally, a New Year’s Eve with no horrible surprises for a change.

I took a quick look around, pleased with what I found, and was just about to leave when I noticed a light streaming from under the door of a small file room at the end of the hallway.

Thinking nothing of it, I headed to turn it off.

Now, I’m six foot two and a half, two hundred and five pounds, and maybe it was just my frame of mind, my not expecting to see anyone, but when I opened the door to the file room, finding her there scared the living crap out of me.

I took a step back through the door.

She got up, stood on the chair, and began yelling at me, waving her cell phone in the air.

“I’ll call the police!” Her fingers shook as she dialed nine, then one, and hovered over the last one. “Get out now, and I won’t call!”

I could have lunged for her, and the phone would have been out of her hand before she realized she hadn’t dialed the final digit. But she looked terrified, so I retreated another step and put my hands up in surrender.

“I’m not going to hurt you.” I used my best soothing, calm voice. “You don’t need to call the police. This is my office.”

“Do I look stupid to you? You just broke into my office.”