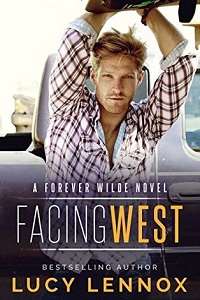 “Right there, yes.” I gasped as his hand finally fumbled awkwardly over my fly. Any shred of concern I’d had over making out in the movie theater of my small town had flown out the window the moment one of the hottest guys in school had leaned over during Spanish class and whispered those words into my ear.

“Quiero chuparte.” I want to suck you off.

What I’d originally thought was a joke had turned out to be an invitation.

I’d agreed to meet him at the movies the following night. I hadn’t known the guy very well since he was fairly new in town, but I was flattered as all hell he’d picked me to ask out. We’d been on the same baseball team for half a season, and I’d only just noticed him checking out my ass in my uniform pants a few weeks before.

Oh, he was sly about it for sure, but it was there. I’d tested my theory after a game one night when I made a show of leaning over to pick up some stray equipment right in front of him. I thought for sure he was going to stab someone with the wood he popped. When I’d caught him staring, he’d blushed crimson and spouted off a bunch of bullshit about my having something on the back of my uniform pants.

It had surprised me, to be honest. He was the kind of guy who cracked queer jokes and called everything he didn’t like “gay.” A typical sporty dude who fit the homophobe jock stereotype to a T. But once I realized he was into me, I assumed all that bluster was for show, done out of fear of being discovered as gay in small-town Texas.

I’d gotten up the nerve to throw him a wink, letting him know I was cool with it. After that, it was just a matter of dropping flirty hints here and there to see whether he’d flirt back or punch me in the face. Lucky for me, he’d flirted back. Well, maybe not flirted so much as whispered the hottest line of Spanish that had ever been spoken.

He fumbled for my zipper and finally got his hand into my pants. Thank fucking god.

“Yes,” I hissed as his hand wrapped around my cock.

“Shut the hell up or someone’s going to hear us,” he growled.

Like I cared. I was so hot and turned on my head was beginning to buzz.

“Oh god” I couldn’t help but gasp as his hand squeezed pressure up and down my raging hard-on. I remembered the giant wad of paper napkins I’d grabbed in the lobby and wanted to be ready so I didn’t have to walk out of the theater with giant come stains all over my clothes.

Jeez, what was his problem?

“Gonna come.” I hissed through my teeth as quietly as I could. There was no telling why I even warned him. Maybe I had some fantastical notion he’d want to lurch forward and suck down my release like it was a gift from the gods or something. No such luck.

Regardless, my release hit in a blaze of fucking glory. I felt like the king of orgasms with come shooting everywhere. In my imagination, it spattered my chest, my face, my partner, the popcorn bucket, the seat in front of me, and the projector high above our last-row seats.

In reality, it barely covered the guy’s fist.

Because, let’s be real, I may or may not have already jacked off three times that day in anticipation of the hookup.

After tossing him some of the rough paper napkins from my pocket, I used others to wipe myself off before tucking everything away again.

Once we were cleaned up and facing front, I watched the group of actors preparing to rob a bank on the big screen. My movie partner mumbled something, and I turned to face him.

The high I’d been riding came crashing down with his words.

He continued. “Seems to me, you owe me one,” he said with a smirk, unbuckling his belt and opening his own pants.

It’s not that I disagreed—for sure I wanted him to feel as good as I had, but I’d just kind of thought we’d go for round two after catching our breaths and then he could be on the receiving end.