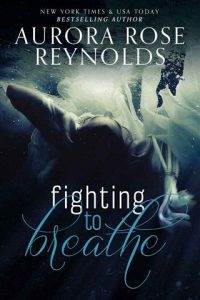 “It’s so beautiful,” I whisper, cuddling deeper into Austin’s side as I look up at the night sky. I swear you can see every single star there is when the nights are clear like this.

“Yeah,” he grunts, making me smile as his fingers on my arm move in soothing strokes.

“We graduate in two weeks,” I say while butterflies erupt in my stomach. Austin has been my boyfriend since I was sixteen, and since the very beginning, we have talked about getting married as soon as we graduate high school. I know a lot of people would say we’re too young, but ever since the day I laid eyes on him, I knew he would be my husband.

“Lea Wolf,” he says, and those butterflies begin to fly faster. I scoot up, place my hands on his chest, and rest my chin on top of them while searching his face. Austin has always appeared older than he is. His dark dirty blonde hair is shaggy, his jaw covered in an ever-present layer of scruff, and his lips that I love so much are full and soft, but as my gaze locks on his, I know his eyes will forever be my favorite thing about him. The crystal blue reminds me of the glaciers near my house, one of the most beautiful places on earth. “You’re going to be my wife, Lea. Are you ready for that?” He runs his finger down the center of my face and brings them to rest under my chin while his thumb sweeps across my lower lip.

“So ready,” I say, watching anxiousness form on his handsome face. I know he thinks I’ll want more than the life of a fisherman’s wife, a small town life, but deep down I know this is all I will ever need. As long as I have Austin, I don’t need anything else.

“Graduation, then Vegas,” he rumbles, pulling me up to rest completely on top of him.

“Graduation, then Vegas,” I agree then smile as his hand on the back of my head pulls me closer until we’re sharing the same breath.

“I need to get you home,” he breathes against my lips then rolls me to my back, looming over me before dropping his mouth down to mine.

“I wish we could stay out here all night,” I sigh when his mouth leaves mine.

“Me too, baby, but I promise you—when summer starts, we’ll sleep outside, under the stars, on the boat, in the middle of the ocean. Out there, you can see everything.”

“I would like that,” I say, wrapping my arms tighter around him and giving him a squeeze. He pushes back and stands before holding out his hand for me to take, helping me out of the back of his truck, where we had made love under the dark, starry night.

“I wonder what’s going on.” I question as we pull up in front of my parents’ house, where the sheriff’s car is parked.

“Don’t know,” Austin mutters, sounding concerned as he shuts off his truck. Then quickly gets out, walks around the hood, and opens my door, lifting me out and setting me gently on my feet. As soon as we make it up the front steps and into the house, my confusion turns to worry as I see my mom sitting on the couch, rocking back and forth while sobbing hysterically.

“What happened?” Sheriff Jefferson’s head turns my way, and my mom lifts her gaze to mine and begins shaking her hand frantically while tears stream down her cheeks.

“Have a seat?” Sheriff Jefferson says in a tone that I have never heard from him before as he holds his hand out to me.

“Mom?” I whisper. My stomach begins to knot, and I feel Austin’s arm slide around me, pulling me closer into his side.

“I—” My mom starts then covers her face with her hands and sobs harder, the noises coming from her ripping into me, making it hard for me to even breath.

“What’s going on?” Austin asks, pulling me around and tucking my face into his chest. Even though I know deep down what the sheriff is going to say, nothing can prepare me for hearing the words out loud. Every single one of them strangles me until I’m fighting to breathe.

“Sorry, Lea, but your dad’s boat disappeared this afternoon after he called in a mayday. The coastguard found his boat, which caught fire; they also, found his skiff, which was empty. They are still searching the water for him, but with the temperature, it’s not looking good.”

“There’s still a chance, right? He could still be alive?” I practically beg, while my body begins to shake.

But there wasn’t a chance. My dad’s body was never found. They believed the fire spread so quickly on his boat that he didn’t even have a chance to put his survival suit on before he tried to get into his skiff, ending up in the water and either drowning or freezing to death.