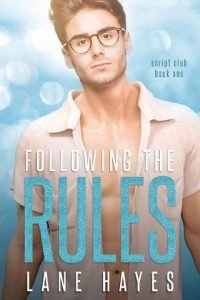 “We know what we are, but know not what we may be.” —William Shakespeare, Hamlet, Act IV, Scene V

The corner spot at the rear of the coffee shop should have been an ideal location to conduct a pre-moving day meeting with friends without needing to yell over the din of eager customers and percolating machinery. Not today. This place was packed. An endless parade of sporty types wearing blue-and-gold caps and T-shirts emblazoned with the UCLA logo braved the long line, ordering iced coffees and cappuccinos before heading to the big game. Whatever that might be.

I glanced up when a blue-faced burly man entered the shop with both arms raised in a battle call and bellowed, “Go, Bruins!” A few patrons cheered at his antics, slapping high fives as they made space for him in line.

“What is happening here?” Tommy asked in dismay.

“Football season started. There must be a game at the Rose Bowl,” George replied, rattling the row of black bracelets on his wrist to wave at someone behind me.

“Cody’s here.” Asher lifted his to-go cup in greeting and patted the empty seat beside him. “You’re late.”

“The traffic was terrible, and I couldn’t find a parking spot.” Cody flopped onto the wooden chair with a sigh, pushing the curtain of wavy brown hair from his eyes and flashing a harried smile. “Why didn’t we just meet at your new house?”

“We won’t have the keys till next weekend.”

Cody frowned. “Oh, I didn’t know. We just got home from the East Coast last night.”

“Here’s your drink. Half-caf, no foam, double-shot latte.” Tommy slid a cup across the small round table to Cody. “How was the tour?”

Cody gave us a brief rundown of life on the road with his guitarist boyfriend and his almost-famous band, Jealousy. It sounded like a sweet deal…private jets, five-star hotels, and frequent celebrity sightings. While the rest of our gang was gearing up for our final year of grad school, Cody had successfully launched. He’d graduated last June, had a great job, and was about to move in with his hot rock-star boyfriend in West Hollywood.

To be honest, it felt like he’d already moved out. I hadn’t seen him in weeks. I was happy for Cody, but our apartment felt lonely without him.

Heck, I was lonely. Or maybe just a tad depressed. Who could blame me? My best-friend-slash-roommate had been busy or MIA all summer, my family was in crisis mode, and my fall schedule had just blown to shreds.

The first was a bummer for me, but awesome for my friend, while the second sucked, and the third was embarrassing. But hey, that was life. Fixing the gaping hole in my schedule was also the only thing I had any real power over. And embarrassing or not, it wasn’t something I could keep to myself. As of next Saturday, George, Asher, Tommy, and Holden were my new roomies.

We found a great house to rent in Pasadena, close to NASA’s Jet Propulsion Lab, where a few of my friends had internships, and within a reasonable commute to UCLA. I was excited to live with these guys. We were a close-knit group, and we had a ton in common. Including above-average intelligence. These guys were smart. They’d notice if I was home all day. It wouldn’t take long for them to ask why and how I had the luxury of indulging in daily Star Trek marathons.

I figured it was best to get the interrogation and pity party over with in one fell swoop. I invited Cody to our “pre-moving day” meeting at the last second, insisting that it didn’t seem right not to include him. He was an integral part of our circle. And that was completely true.

I met Cody and George when we were eighteen-year-old undergrads. Holden, Asher, and Tommy became part of our crew a few years later when they enrolled at UCLA for their master’s. George, Asher, and I were in the aerospace engineering program while Tommy and Holden were biomolecular engineers.

We’d become close over the past few years. My buddies were driven intellects who shared my passion for science. They motivated, inspired, and challenged me to aim for excellence in my field. We bonded over shared classes, lab experiments, all-night study groups, classic arcade games, and Lord of the Rings.

Were we nerds? Well, maybe.

I reached for my drink, fumbling for the straw in my iced coffee. It stabbed me in the nose and cheek, making my eyes water behind my thick glasses. I finally captured it and took a long pull, carefully assembling my thoughts amid the din of competing conversations.

The couple at the neighboring table was evidently in relationship crisis mode. Their hushed, harsh whispers contrasted with the sporty enthusiasm emanating from the opposite end of the café. It somehow penetrated the friendly cocoon of Cody’s story about three a.m. room service at the Four Seasons.