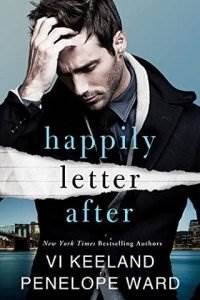 Do: Tell your date how nice she looks.

Don’t: Tell your date how much she resembles your ex-fiancée . . . but with a little more meat on her bones.

This week’s article was an easy one. All I had to do was summarize the time I’d spent with Austin Cobbledick last night. No, I’m not kidding. That was actually his name—smart move going by Austin Cobb on Match.com. Anyway, the name wasn’t the worst of it. The guy was just awful. I could have written this week’s Do’s and Don’ts of Dating column on at least a half dozen things the guy did wrong. Let’s see . . .

I stared unfocused at the computer monitor on my desk and tapped my finger to my bottom lip, pondering the other choices.

Do: Close your mouth when you sneeze.

Don’t: Get food particles from the meal you just chewed with your mouth open all over your date’s Burberry coat. (Which, by the way, I dropped at the cleaners this morning. I should send Cobbledick the damn bill. No wonder there’s an “ex” in front of the word “fiancée” when he says it.)

Though an article about getting sneezed on probably wouldn’t fly. The twenty-one to twenty-eight-year-old demographic that reads Modern Miss magazine tends to be a bit squeamish. Perhaps they’d be more interested in another article about Cobbledick:

Do: Order a beer, soda, water, or glass of wine during your date.

Don’t: Order a Shirley Temple and use it as a prop to show off your ability to tie a knot in a cherry stem when you’ve known a woman all of five minutes.

My ruminations were interrupted by my coworker Devin coming to deliver mail. She dropped a stack of envelopes in the in-box on the corner of my desk and said, “Want Starbucks? I’m going on a run.”

Mind you, she still had an unfinished venti cup in her hand.

Devin was one of the fashion editors for the magazine. Yet sometimes, when I looked at her, that made me scratch my head. Today she had on a white baby-doll dress, silver sparkly sequin jacket, yellow rubber boots, and a colorful scarf that wrapped around her neck and hung to almost the floor . . . and it wasn’t even raining out. I bit my tongue. She had, after all, just picked up my mail from the mail room and was now offering to go fetch me coffee. I knew enough not to bite the hand that fed me. Plus, Devin was one of my best friends.

I opened my desk drawer, dug my wallet out of my messy purse, and pulled out a ten-dollar bill. “I’ll take a grande iced sugar-free vanilla latte with soy milk. And yours is on me.”

She wrinkled up her pert little nose. “Is there even coffee in that?”

“Oh. Okay. Be back in a few.” She turned around and started to walk, then stopped in the doorway to my office. “By the way, how was your date last night?”

“He turned into an article five minutes in.”

She laughed. “Maybe you should go back to eHarmony?”

Over the last two years, I’d tried Match, Plenty of Fish, eHarmony, Zoosk, and Bumble. I’d even tried Jdate, the site where Jewish people looked for other like-kind religious people to date, even though I wasn’t actually Jewish. My bad luck at dating sucked for me but worked well for the weekly columns I had to write in my position as a magazine staff writer.

“I thought that site was for gay, bi, and transgender people?”

“I might reconsider my options after my date last night.”

Devin laughed, thinking I was kidding. But any more dates like the last few, and I might have to seriously reconsider how much I liked penis.

I decided to wait until she returned with my coffee before going back to work on the article I needed to finish. To pass the time, I grabbed the new pile of mail and started to sort through it.

Résumé from someone who wanted to do an internship at the magazine.

Layout proofs from the copy department.

Letter from a woman who disliked my use of the word “panties” in last week’s article. It was a full page back and front, typed. Obviously she had too much time on her hands.

I stopped at the next-to-last envelope. This one wasn’t addressed to either Sadie Bisset or to the editor. It was addressed to Santa Claus. Seeing as it was June, I looked at the postmark, thinking maybe the letter had gotten lost in the mail. But . . . nope. The postmark was just three days ago. Each of the staff writers here at Modern Miss had set weekly columns to write, but we also had to run one seasonal or holiday-related feature. I was in charge of the Holiday Wishes article that ran during November and December. So it wasn’t actually all that unusual for me to receive a letter addressed to Santa. Though the timing was obviously odd. We hadn’t even put the mailing address in the magazine since last December. Nonetheless, I sliced open the envelope and settled back into my seat, curious about this person who was too impatient to wait a few more months.