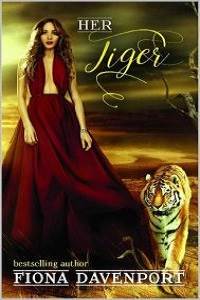 “Life is so unfair,” I sighed, shaking my head at Allegra while she unashamedly ogled her man’s butt as he walked out of the kitchen. As happy as I was that my best friends had found happiness with incredible guys—who just happened to be able to shift into wolves—spending my holiday break from school with Allegra, Zeke, Larissa, and Kace had left me feeling lonely.

I’d always felt a little bit like the odd man out in our trio, and being the only one without a mate of my own had intensified the feeling. Not that my friends had ever been anything other than accepting and supportive. I had no doubt they both loved me like a sister. Heck, they’d even shared their families with me.

Allegra’s parents welcomed me into their home whenever I wanted a place to crash, and Larissa’s dad had done everything in his considerable power to look out for me when my parents were traveling, which was often. I knew my mom and dad loved me, but they sometimes got so wrapped up in each other and the business they owned together that they kind of forgot about me. I had spent a lot of my childhood with my nanny, and it had left a mark on me.

“Huh?” Allegra asked, her brown eyes hazy from the doozy of a kiss Zeke had given her before leaving.

“I want a hunky shifter of my own,” I grumbled.

“And I want one for you,” she agreed with a grin, tapping her finger against her chin. “We just need to figure out a way for you to meet more of them since nobody in the pack was your fated mate.”

“I think maybe it’s time for us to come to terms with the fact that I’m not going to find a wolf who’ll know I was meant to be his the moment he sees me like Zeke and Kace did with you and Larissa.” I pressed my hand against my chest as a deep-seated longing surged through my veins. With my abandonment issues, I craved that sense of belonging more than anything. Not finding it in Timber Ridge had me wondering if I should ditch my plans to get my bachelor’s degree in design and just head to New York instead. I could try to get an entry-level job somewhere and work my way up from there. Which was all kinds of wrong since I was the only one out of the three of us who’d even wanted a college education in the first place.

“But you can’t just give up,” Allegra cried. It took me a moment to realize she wasn’t suddenly able to read my thoughts and was replying to what I’d said about not being anyone’s mate.

“It’s not as though I have much of a choice. You’ve already paraded me past every single unattached male shifter in Timber Ridge.” I shrugged and reached for a lemon-filled donut. Zeke had barely rolled out of bed this morning before he’d hopped into his truck to drive almost an hour round trip to hit up a specific bakery because it was what Allegra was craving for breakfast. He’d remembered which kind were my favorite and had brought them back for me, which had earned him an extra kiss from my best friend. Not that she really needed an excuse since the happy couple was already lip locked most of the time.

“Then we’ll just have to look elsewhere,” she insisted after polishing off the maple bacon donut she’d devoured in no time flat.

I wrinkled my nose when she reached for a Sriracha-drizzled one next. “In all the years I’ve known you, I don’t think I’ve ever seen you eat anything other than plain old glazed or strawberry jam filled.”

She set the spicy donut on the napkin in front of her, and her teeth bit into her bottom lip. “Yeah, the baby’s really messing with my taste buds.”

Since I had a big chunk of donut in my mouth, I nodded in response. After I chewed and swallowed, I grinned big because Allegra’s baffled expression as she patted her belly was adorable. The past month had been a whirlwind for her, ending with Zeke telling her that she was pregnant a few days ago. It was too early for a test to confirm she was carrying his baby, but his shifter senses had picked up on the pregnancy right away. They hadn’t been able to keep it a secret from anyone in Timber Ridge since the news spread like wildfire as soon as the first shifter scented it on her. Even though her parents had quickly gotten on board with her relationship with Zeke when we all went home for the holiday, she hadn’t gotten up the nerve to tell them yet. I’d hitched a ride back with them, and her relief at passing that hurdle had been obvious. But I knew she worried that her overprotective mom would head straight for Timber Ridge as soon as she learned of the pregnancy and never leave. Which I could totally see happen with how much she hovered over Allegra, something I was envious of since I wished my mom would give me a sliver of the attention she got from hers.