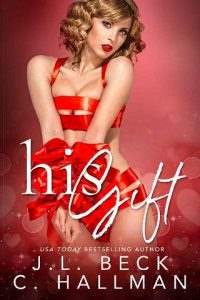 Tardiness is my biggest pet peeve. Being late is just disrespectful, especially when you requested to see me in the first place. Unclenching my fist, I sigh loudly. I’m seconds away from smashing someone’s skull in because Drake is fucking late.

Not that I’m surprised, there are a number of things wrong with the fuckhead, and now he’s finally worked his dumb ass up to the top of my shitlist.

“Still not here, boss,” Nick, my right hand and best friend growls from beside me. We’re both sitting in my conference room, fondly referred to by all as the dungeon, which in reality, is the basement of the strip club I own. It’s more like a room where I make dirty deals with people. Deals that no one else can know about.

This is also where I like to dish out my violence. The blood is easier to clean off the floors in here, or so my men tell me.

“What a waste of time… send someone to take care of him,” I spit. Nick doesn’t even blink as he gets up from his chair and starts to walk out of the room. Hovering in the doorway, he stops and pops his head out the door just as a commotion echoes from down the hall.

“Behave,” Drake’s annoying voice catches on my ears, and I wonder who the hell he is talking to.

“He is here,” Nick states the obvious.

“For his sake, I hope he brought all the money he owes me.”

“He definitely brought you something.” Before I can ask him what the hell that’s supposed to mean, Drake appears in the doorway. A smile the size of Texas on his face.

“I’m so sorry I’m late getting here, but I promise it will definitely be worth the wait.”

“I doubt that,” I mutter under my breath, then I take note of Nick staring at something or someone beside Drake, hidden from me by the wall.

“I only have five-grand in cash—”

“You owe me thirty,” I cut him off, getting even more pissed off with this prick. “Not only do you have the audacity to show up late, but then you show up without all my money?” Cracking my knuckles, I curl my lip in disgust.

“I know, I know.” He holds up his hands, trying his best not to look nervous, but I can see the fucking sweat beading on his brow. He’s not just nervous, he looks like he’s going to vomit. “That’s why I brought you a gift along with the money. A Valentine’s Day gift, you could say.” He chuckles before grabbing something from behind the door.

I’ve owned this strip club for fifteen years, been hosting illegal gambling for most of that time. I learned long ago to hide my feelings and thoughts. This is the first time in over a decade that the mask I’ve carefully constructed is close to slipping.

He steps inside the room, pulling a tiny woman with him. A woman that is completely naked apart from a red ribbon that’s wrapped around her petite body. My eyes gravitate to the bow sitting right on top of her chest. She’s like a fucking present just waiting to be opened. Pain slices through me when my gaze drops down her body, stopping on her feet. She’s not even wearing any shoes; her bare feet make no sound on the cold, concrete floor as she steps inside the room.

Is this a fucking joke?

I would actually laugh about this if he brought me some hooker off the street, but the woman he brought with him is clearly not that. For one, she looks way too fucking innocent to be a hooker. Two, she is scared shitless. Her whole body shaking, her steps hesitant, and her eyes brimming with fear. And three, she doesn’t look as if she could handle any type of fucking, let alone the type my guys want.

My gaze moves from her body to Drake’s hand, which is wrapped around her slender wrist. I want to break it and listen to the bones snap as he cries out in pain. No one should be touching her, least of all him. She tries to pull away from him, her small body trembling, but he’s like a lion compared to her and only tugs harder, keeping her right where he wants her.

Grinding my teeth together so hard I can feel my teeth chipping, I’m very close to the end of my rope.

“You like her?” Drake asks, a slimy grin on his face.

I glance at Nick, who is still standing at the door, two more men are in the hallway listening to every word I say. I run a successful business and for one reason alone. Respect. People respect me, and ninety percent of that respect stems from fear. I have built a reputation for myself by being ruthless and taking no shit, and I’d prefer to keep it that way.