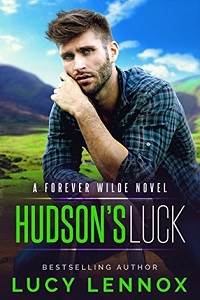 Hudson’s Words To Live By:

Don’t ever, ever give a woman a present in a tiny box unless it’s an engagement ring.

And sure as hell don’t do it if the present is also a tiny metal hoop device that could be easily, horribly misconstrued as an engagement ring.

Oh, and maybe also don’t give said present on your one-year dating anniversary.

I was doing that thing some people do where the coin flips through each of your fingers and back again, except instead of a coin, I was doing it with the small ring that had gotten me into this predicament in the first place. I’d named it the Wilde Ring, but it was technically a head constrictor. Which meant, of course, that my brothers had called it a cock ring.

It wasn’t a cock ring.

I was fifteen hours into a thirteen-hour trip from Dallas to Cork, Ireland, when I realized sleeping was just not something I was going to be lucky enough to experience on this flight. At least my company was big enough to spring for a first-class seat to accommodate my long legs. My legs went on for days, according to my girlfriend.

The sigh that came out of me was enough to unsettle the older lady next to me. Okay, so maybe it hadn’t been my first put-upon sigh. I was annoyed as hell at how I’d let myself be lured by the promise of an executive position. I should never have mixed business with pleasure and gone to work for her dad’s company.

“Something on your mind, hot stuff?” the woman asked. “Might help to talk about it.”

“Sorry. I didn’t mean to disturb you,” I said, shifting in my seat. Despite the nice wide space, I still couldn’t get comfortable. Every time I touched anything, I couldn’t help but think of all the bodies that had spent time in the same seat and touched the same surfaces. I wondered if my hand sanitizer was empty yet.

“You don’t seem like a regular flyer,” she began with narrowed eyes. “This your first time traveling overseas?”

“No, ma’am. My parents live in Singapore. I visited them there last year.”

“Oh, I could have sworn you were experiencing jitters like a newb.”

I gawped at her. Newb? She had to be ten thousand years old.

“Well, I guess it’s a little true. I tend to stay close to home. I’m not one for adventuring, if you want to know the truth,” I admitted. I didn’t tell her the trip to Singapore had been a disaster that had resulted in me swearing off travel for the rest of my life.

“Shame. Some of my fondest memories are from travel adventures,” she mused, snuggling under the navy-blue airline blanket and turning to face me. “You meet the most interesting characters.”

I laughed. “Ma’am, I’m the oldest of ten siblings. My life is full to overflowing with interesting characters already.”

She smiled at me. “So tell me what has your knickers in a twist if it’s not the travel.”

I took a deep breath before turning to face her and doing something very out of character—telling my personal story to a stranger.

“You dated a little girl?” she gasped. Her reaction seemed a bit melodramatic.

The lady narrowed her eyes at me. “Then refer to her as such. Continue.”

An octogenarian teaching me about gender respect. Nice. I thought about escaping to the lavatory, but that would involve exposing myself to even more germs than I’d already come into contact with on this hellish trip. Even the thought had me putting the little metal ring in my lap and searching out the hand sanitizer in the seat pocket in front of me. I liberally doused my hands and, as expected, the bottle was nearly empty. Fortunately, I had a couple more stashed away in my checked bags. As I worked the gel into my skin, I began explaining the disastrous set of circumstances that had landed me in the seat next to the old bird.

“Ah… okay. So, I dated this grown woman named Darci.” I looked at her and saw a slight nod. “Who was a very nice… woman. Anyway, several months ago she suggested I spend some time learning how to brew craft beer with her father. Her family loves microbrews, so her hope was that it would be a good way for me to bond with them, I guess.”

“Mm, she was trying to get you in with Big Daddy. I see.”

“Right. So I learned all about it, and because I’m a bit of a tinkerer on the side, I thought what better way to impress her father than to improve upon the process? I invented this little doohickey that goes on the tap nozzle to control the amount of head, or foam, that comes out when you dispense a beer into a glass.”