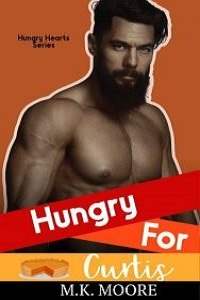 “Where the fuck is she?” I shout, slamming my hands down on the stainless-steel workspace. I gotta get more of the fucking cake from yesterday. She must put something in them, some kind of addicting substance that makes me want it more than anything. That’s the only thing I can think of since I don’t normally like sweets, so needing a specific one is weird to me. In response to my outburst, the noisy, busy kitchen goes silent. The line cooks jump since the ones on shift tonight are from the local culinary school doing on the job training working side by side with my guys. I like to give back to the community I grew up in and this is just one way that I do that, but now isn’t the time to get into all that. I have scrimped and saved to open my restaurant and I still needed to take on partners, but I got it. My dream kitchen. La reine Jambalaya has been my dream for most of my thirty-five years. My grandmother taught me how to make it when I was five or six years old. Since then, I’ve been to culinary schools all over the world, thanks to the Coast Guard, where I cooked for the commandant as well as admirals and foreign dignitaries on the regular but now that I am just a reservist, I came home and reestablished my roots. One weekend a month and two weeks in the summer is all that is required for my on-going training. As a culinary specialist, I learned everything I needed to know and that translated to me becoming an executive chef in the two restaurants I worked when I got home.

Nothing, and I mean nothing is better than the food I can get and make right here in the Big Easy. New Orleans has always been home, and it always will be. We are twenty minutes into dinner service and the desert still hasn’t shown up. I’m getting more pissed by the second.

I never should have listened to my sisters, who also happen to my business partners when they said they knew a pastry chef who could cover until I hire a replacement for Jean-Jacques, the highly sought after French pastry chef who up and quit last week for a job in Washington, D.C. baking at the White House. Can’t say that I blame him, but he didn’t even give notice or suggest a replacement.

This little miracle was supposed to be here three fucking hours ago with the most amazing cakes, pies, and cookies you’ve ever tasted, but she’s late as hell. I’ve never actually met the woman before but if she bakes like that who knows what I’ll do when I do, which is why I am here so late today. I am normally long gone by now, but I want to meet her.

“How would we know that Curt? She hasn’t called,” Audrey, my nineteen-year-old sister says, smoothing her apron.

“Do you want me to call her again?” Naomi, my other sister asks from where she’s stirring a sauce on the stove.

“That’d be good,” I say, remembering to breathe so that I don’t throw the nearest glass object at the wall.

Suddenly, the back-door crashes open with a loud bang, and a tower of trays comes into the room.

I move forward to take the trays from her. I turn and set them on the table beside me. When I turn back around all the air in my lungs leaves my body in an audible woosh.

“You’re late,” I say gruffly when I remember to speak, and I don’t know why. She’s no older than Audrey for sure, which makes sense since they are friends but that doesn’t stop my cock from roaring to life.

“I know. I’m sorry. I got into an accident. I’m so sorry I lost one of the cakes like it’s in my hair even, I, uh,” she says but stops talking when she looks up at me. Both of her eyes are blackened and there is a small cut on her forehead. Despite that, she’s still the most beautiful woman I’ve ever seen in my life. Her light brown skin is alluring.

“Don’t worry about that. Have a seat. Have you been to the hospital? You don’t look so good,” I say helping her to a stool that’s on the edge of the wall.

“That’s just what every girl wants to hear, sir,” she says chuckling but then she winces.

“Hospital. Did you go? Were you seen at the scene?” I ask my questions, rapid-fire, but she just smiles at me and I swear to God and all things holy that my heart squeezed in my chest. One look and I am hooked. We don’t know each other, but it doesn’t matter. This girl is mine. I clench my fists at my sides to prevent myself from reaching out and tucking her wild hair behind her ear. Fuck, I just want to touch her, devour her. Make her come on my tongue and she doesn’t even know my name. None of that matters, of course. She’ll know much more than that soon enough.