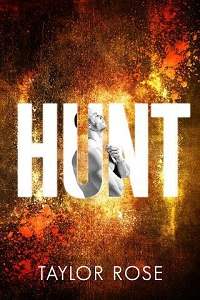 had Phoenix for barely two days and suddenly became hooked. Captivated. Addicted. I cut her open. I tasted her blood. I fucked her mind. I orgasmed on her soul.

And now only Phoenix could stop the cravings.

I just needed one clue. One luring scent to get Phoenix back.

The sun set, tinting the sky in blood-red. Clouds faded into darkness, making room for the rising crescent moon.

It was the biggest green space in the city of Glory, set right in the center of bustling downtown.

I sat on the top of a picnic table, trying to carve an angel out of a block of wood. I used a stiff-handled whittling knife that left sharp, angular strokes in the block. I could make out a head forming and the tips of wings, but nothing else.

A present sat on my left. It was wrapped in glossy red paper. A huge gold bow topped it. It was a square package, 1 1/2 centimeters wide and twenty centimeters long. The paper was smooth to the touch and encased the edges of the box like a glove.

My duffle bag lay on the other side of me. The tools for the mission filled it—a mini digital metal detector, duct tape, rope, handcuffs, guns, knives, needles full of ketamine, gauze, antiseptics, etc.

For a week, I sat on this bench, carving and waiting for a clue. I only left to take bathroom breaks and grab food from my brothers. I slept in short periods during the day and at night. During that time, Griff and West watched the area from afar. I kept buds in my ear so if they saw something they could wake me.

I pulled it out and checked the text.

Sighing, I typed back.

Me: I am. I just have to square something away first, and I’ll be there.

Me: Just give me some more time.

All I need is one clue.

Capturing Phoenix wouldn’t be easy, but it would be worth it.

She was tough and smart.

Yet, she was mine.

In the end, that was all that mattered to me.

A motorcycle zoomed by.

I looked up the block and back on my target.

My positioning put me thirty feet from the park’s bathrooms. It was the same place my brothers and I had tracked Phoenix to, the night I first met her. Back then, she’d taken our money, but didn’t know the bag had a tracker. We’d seen that she sped to Victory Park, stopped by the bathrooms for several minutes, and then rushed away.

The location must’ve been important. She had gone through Victory Park for some odd reason. We didn’t even know how. There’d been no road for the way she traveled. She’d sped fast on the sidewalk like she was on a motorcycle the whole time.

We’d rushed to the Victory Park bathrooms where she’d stopped by and only spotted a bunch of dirty kids eating apples and sandwiches.

Why did you go to the bathrooms? And will that answer help me find you? Is that where you met your friend?

I searched for the direction of noise.

It was just a teenaged boy riding the motorcycle towards the bathrooms.

Back in my chapel, Phoenix told me that she stayed in Victory Park, when she was a teenager living on the streets.

As the sky darkened, scruffy teenagers began heading to the bathroom and hanging around the area. I’d been watching this occur for three nights now.