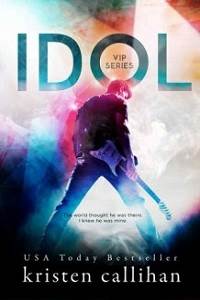 Music can be your friend when you have none, your lover when you’re needy. Your rage, your sorrow, your joy, your pain. Your voice when you’ve lost your own. To be a part of that, to be the soundtrack of someone’s life, is a beautiful thing.

The Animal is a temperamental beast. It can love you one moment, then hate you the next, and you never know what side of it you’re going to see until it’s upon you. If it hates you, there’s nothing to do about it but endure and hope you survive without being completely shredded until you can safely make your escape. But when it loves you?

Damn, but it’s the best feeling on Earth. You crave that time with the Animal. Live for each encounter. It becomes life. Your purpose. Your entire world. And because you become so dependent on it, you come to hate it a little bit as well.

Love. Hate. No down time. No middle ground. Just highs and lows.

It’s out there now, waiting for me. Growling with a slow, gathering rumble. I feel it in my bones, in the subtle charge that lights the air, and in the tremble beneath my feet.

My heart rate begins to rise, adrenaline already kicking in.

“You ready to dance with the devil?” Whip asks no one in particular. He’s chugging a bottle of water, his free hand tapping an agitated rhythm on his knee.

Devil, Animal, Mistress—we all have our name for it. Doesn’t matter. It owns us, and for a time, we own it.

Panting, I rise. A shiver licks over my skin, my balls drawing tight.

I answer its call, and a wave of sound and sheer energy crashes over me as I walk into the light.

The Animal screams. For me.

And I am the one who controls it. I raise my arms, walk up to the mic. “Hello, New York!”

The answering cry is so loud, I rock back on my heels.

A guitar is placed in my hand, the smooth neck both a familiar comfort and an adrenaline kick. I settle the strap over my head. Whip’s drums start up, a pulsing beat, and my body moves with it. Jax and Rye join in, their riffs weaving an intricate pattern. Harmony. Poetry of sound. A scream of defiance.

I begin to strum, my voice rising. Music flows through my veins. It pours out of me like lava, igniting the air, inciting a riot of eager screams.

Power. So much power. The Animal responds, its love so potent that my dick gets rock hard, the hairs on the back of my neck lift. Everything I am, I put into my voice, my playing.

In that instant, I am God. Omnipotent. Endless.

Nothing—nothing—on Earth gives a charge like this. Nothing compares. This is life.

But that’s the thing about life; it can change in an instant.

All it takes is one instant.

“There’s been so much written about your involvement with Killian James. But you and James have been rather closed-mouthed about the topic.” The reporter gives me a slight but encouraging smile, her blue hair slipping over one eye. “Given last night’s performance, would you care to offer us a little bite?”

Curled up on a leather-and-chrome hotel room chair, my back to the New York City skyline, I almost smile at the question I’ve heard about a thousand times now.

But training kicks in. A smile would convey either acquiescence or that I’m being obnoxiously coy. I don’t want to give up a “little bite,” and despite what critics say, Killian and I have never been coy. We’ve just never wanted to let the public in. The Killian I knew was mine, not theirs.

“There isn’t much to tell that the world doesn’t already know.” Not really true. But true enough.

The reporter’s smile has an edge to it now—a barracuda searching for blood in the water. “Oh, now, I’m not so sure about that. After all, we don’t know your side of the story.”

I resist the urge to pick at the cuff of my white cashmere tunic. God, the sweater—hell, my underwear—cost more than I would have spent in a year before he walked into my life.

I turn my head and catch a glimpse of water bottles nestled in a silver ice bucket: a dark green bottle, one that’s gold, another bedazzled with crystals. Earlier an assistant proudly proclaimed that the green one, supposedly from Japan, cost more than four hundred dollars a bottle. For water.

Suddenly, I want to laugh. At the craziness of my life. For going from tap to designer water. For the fact that this penthouse suite is my new normal.

And then I want to cry. Because I would have none of this without him. And not a single fucking bit of it has any meaning without him to share it.