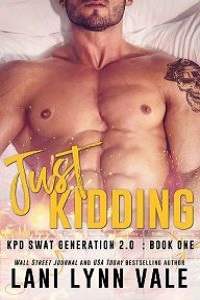 Me- when I’m trying to make friends

“Theo!” I smiled as I took the seat across from him. “How are you? How’s your job going? I thought that you were working!”

It was a complete and utter accident running into him, but I couldn’t say that I was upset.

In fact, I was rather excited.

It wasn’t often that I saw him out.

He was a busy man and most of the time when I invited him out somewhere, he said no.

It was always work-related, though, so I understood.

Theo looked up, and instead of the welcoming smile I expected, there was a frown.

“Rowen,” he said, looking confused. “What are you doing here?”

I’d met Theo when I lived in Kilgore, Texas. He’d actually had a thing for my sister, Katy. My sister had dated him for a while, but it’d never gone any further than a few dates. My sister had gone through a lot of shitty relationships, her one before Theo having been the worse. So, when Theo had come along, she hadn’t been in the right frame of mind.

Then, Logan, her now husband, had come along and changed all of that for her. Causing Theo to finally see that Katy wasn’t the one for him.

Me, on the other hand?

I’d always had a thing for Theo.

It was a pain in the ass, too.

I mean, he was all hung up on my sister while I was hung up on him! What kind of person did that make me, wanting my sister’s cast-off?

But… I couldn’t help the way it made me feel.

I frowned. “I saw you sitting here, and I thought I’d come say hi while I waited for a few of my colleagues to arrive. Am I interrupting?”

He was quick to shake his head.

I blinked, then felt something in the pit of my stomach start to churn.

He cleared his throat. “Yeah, it was a last-minute thing…”

I blinked and turned my head to see Shondra, a woman that worked with me.

Shondra, the woman that made it her life’s mission to do things to me, inside and outside of work, to make me look bad.

Luckily, I’d yet to experience anything that I couldn’t come back from. And me not retaliating was driving her insane. She hated that I didn’t fight back.

Me? Well, I just hated her, period.

I officially had two more weeks at Tool & Associates in San Antonio, Texas before my ‘real life’ began.

I had officially graduated, I’d passed the Bar, and now I was on my way to the real deal—a grownup job with a firm that would put my skills to use. Well, I would be when I found a job, anyway.

The only problem was, I kept expecting Tool & Associates to offer me a job since I’d been interning with them for a year now. Yet, all I heard were crickets. I didn’t get an offer or anything. I mean, I’d given them a year of my life that I didn’t have to give.

What the absolute fuck?

Needless to say, I had a feeling that had a lot to do with Shondra seeing as she was vying for the same job.

Shondra, who was staring at the man that I had a thing for.

Shondra, who was glaring at me like I’d committed some faux pas by talking to Theo.

I wanted to scream, “I saw him first!”

Yet, I managed to control myself. Barely.

“Uh, yeah,” Theo said, his eyes bouncing from me to Shondra and back. “I didn’t realize y’all knew each other.”

Theo looked torn, as if he wanted to invite Shondra to have a seat, but he didn’t want to do that with me sitting there.

I chose to allow them their space and scooted out of the booth without another word.

I’d just placed one foot onto the ground outside of the booth when Theo stopped me.

I wanted to stay about as much as I wanted a root canal.

Theo caught hold of my hand when I would’ve taken off, and I narrowed my eyes at the hand that I’d wished so hard would hold me once upon a time.

It was then, at that moment, that I realized my stupidity.

I’d done everything in my power to get him to notice me. But in the meantime, I’d forgotten that I was worth more than giving one man my sole, undivided attention when he didn’t want it.

I was cheapening myself.

Fooling myself. Telling myself that one day maybe he would notice me.

When I realized he hadn’t once seen me for me.

Who he hadn’t seen was Rowen.

I was invisible to him.