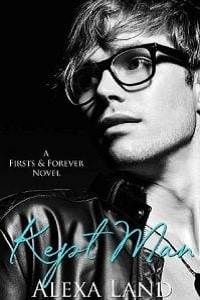 I’d been hit on by dicks before, but this guy in a giant, inflatable penis costume took it to a whole new level.

Okay, so he wasn’t just randomly wearing that. He was part of a marching band, which had just performed while dressed like a big bunch of dicks. Then they’d decided to remain in costume when they joined this Fourth of July party. Sure. Why not?

While I admired the guts it took to make his move while sporting a huge, pink cock suit, my answer when he asked me out was, “Sorry, no.”

“Never?” I nodded, and he shot me what was probably supposed to be a seductive look. The floppy tip jutting above the top of his head was definitely working against him. “If you just want to fuck, I’m down for that, too.”

His ego seemed no worse for wear after getting shot down. He wiggled his brows and said, “Come find me if you change your mind.” As he walked away, the huge balls around his ankles bounced with every step.

I turned back to the party, swirling the drink in my hand before downing the last of it. By now, it was mostly just melted ice. There were about sixty people in the big backyard, with more filtering in every minute. Music was playing, and everyone was talking loudly to be heard over it.

There were some familiar faces, but this was my friend Ash’s world, not mine. He’d pushed hard to get me to attend this party, because he thought it’d be good for me to get out of our apartment. Maybe he was right. I definitely acted like a hermit when I wasn’t working and knew I could try harder to be more social. This was a lot, though. It was noisy and crowded, and I didn’t feel like I fit in. But then, I always felt like that.

Apparently I looked like I needed rescuing, because an acquaintance named Skye swooped in and asked, “How’re you doing, Jasper?”

I was in awe of Skye. He was an absolutely brilliant sculptor, and it was hard not to fan-boy whenever I was around him. “Great,” I said, as I adjusted my glasses. “This party’s really something.”

“Yeah, it is!” He tucked his shaggy, blue hair behind his ear and said, “So, I’ve been meaning to talk to you about something. Ash told me about the art you make, and I thought you might be interested in a sculpture class I’m teaching.”

While I made a mental note to kill my best friend, I stammered, “Oh, um, no. I mean, I just make these dumb little dioramas for fun. They’re more like a craft project.”

“Thanks, but seriously, they’re nothing.” I could feel myself turning red. Of all the people to show my crap to, why’d Ash have to pick this guy? The stuff Skye created belonged in a museum.

“I think they’re wonderful,” he said, “and here’s the deal on the class. This fall, I’ve agreed to teach a workshop at Sutherlin, my alma mater. So now, I feel like I’m about to die of a raging case of imposter syndrome. Like, who am I to tell people how to make art? Go do whatever you want, there are no rules! But yeah, there’s that workshop, and I need to figure out what the hell I’m going to do there. That’s why I’ve roped in my husband Dare and a few other people to be my guinea pigs for this practice class, and I’d love it if you joined us.”

“That sounds great, but I’m really not an artist.”

“You have to stop saying that.” His blue eyes crinkled at the corners as he flashed me a friendly smile. “Dare’s a dancer and likes to claim he has no artistic ability, and the friends I’m recruiting are at all different skill levels. It should be fun, and it’ll definitely be super informal. We’re basically going to meet once a week for the next couple of months, eat pizza, and attempt to make stuff.”

“Yeah, of course! If you want to give me your number, I’ll text you the address. We’re starting a week from Wednesday, and if you decide you want to do it, just show up.”

After we exchanged our contact information, I checked the time and said, “I should probably go. I’m meeting a client in a little while.” Actually, I had almost two hours before my appointment, but I was going to need some time to transition into work mode.

I ordered a Lyft with a few taps on my phone, then glanced at Skye. Most of Ash’s friends knew I was a sex worker, because I refused to treat it like a dirty little secret. While Skye really didn’t seem like the judgmental type, I was used to subtle looks of disapproval. Not from him, though. His smile was bright as ever as he said, “I’m glad I caught you before you left.”