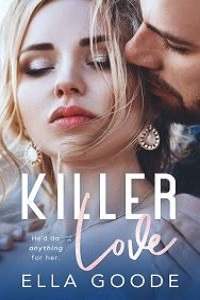 “Please let me go. I didn’t do anything wrong. I saw—no I heard something. Like a scream—.”

“And you went to investigate it,” I finish for the man lying on the plastic sheeting. His hands are tied behind his back with his own cotton socks serving as a barrier to prevent chafing. The restraints are only a precaution. As always, the drug I administered renders him largely paralyzed. I’ve done this long enough that I’m getting good with the dosages. When I first started out, I used too little and my prey escaped. I had to run him down and finish him on the spot instead of carrying out my plan. That was a disappointment. After that debacle, I used too much and the two men died. Another disappointment but with time and experimentation, I’ve become familiar with my tools.

“Exactly. Exactly. I came to investigate and there was this woman there.”

“You didn’t know who she was.”

“Right. I didn’t know who she was and I didn’t touch her. I swear. I swear.” He babbles the last word, spittle spraying out with the first consonants so it sounds more like he’s saying he sweats, which is true. Perspiration slides down his cheeks to mingle with his tears. He’s starting to look like his victim, but he’s not experiencing enough pain. That won’t happen until the drug wears off, which should be in a few minutes. I shift the stainless steel needle nose pliers to the right so that there is precisely a half inch between my instruments.

Not anymore, I think. An hour ago, before I put this man in the back of my van, I drained his accounts. He won’t need the money after I’m done with him.

I pick up the scalpel and crouch down close to him. “Can you feel your toes?”

“Or your fingertips? Either is fine.”

He nods slowly and then faster. “Yes. I can.”

I roll him over and get to work.

“Hey, doc, it’s a grisly one,” Officer Roan informs me when I reach the makeshift crime scene barrier which consists of yellow tape stretched between a cop car side mirror and the small tree that looks like it will break with the slightest resistance. For funsies, I pull on the tape. Officer Roan leaps forward. “Ah, sir, please the tape isn’t”—the yellow barrier pulls away from the mirror and floats to the ground—“secure,” he finishes. A faint hint of vomit wafts toward me. The kid must’ve gotten sick. I pat him on the back before stepping over the yellow marker on the ground and proceed to join the two detectives kneeling on the ground. Between them is a collection of half-eaten body parts—mostly fingers and toes.

“Doesn’t look like you need me here,” I remark. It’s obvious the body has been dead for a few days. “Your victim is indeed deceased.”

“It’s creepy how close you guess these,” Detective Sanchez says as she peels off her gloves and gets to her feet.

“Years of experience,” I drawl.

“None taken. Have you had the crime scene photographer take the pictures?”

“Yeah.” She rolls her head around her shoulders. “It’s all done. Nothing’s been moved so if you want to take some of your own, feel free.”

I take the photos I need, cataloging the body parts. The wild animals have done a number on them. It would be hard to precisely ascertain what damage was done by the perpetrator and what wounds Mother Nature inflicted.

“Whoever did this is one sick bastard,” Lee notes. The cracking of his gum is accented by a few birds chirping. Animals aren’t disturbed by dead bodies. Only the humans.

“It reminds me of something.” Sanchez taps her chin.

I still and pretend to be focused on a scrap of evidence.

Sanchez is a good detective with the instincts of a bloodhound.

“Let me know if you remember,” I mention casually. “I could look for similarities.”

“Nah. No sense in waiting for me. Besides, your reports are so detailed that it’s almost like you were there. If there’s any similarity to a previous case, I’m sure you’ll note it. Hey, Lee. Did you buy the chief’s wife a gift?”

“It’s her birthday this weekend.”

“Shit. I can’t remember my birthday, let alone the chief’s wife’s. What are you thinking? I don’t want to spend more than fifty.”

I leave the two squabbling and return to my car. On my way back to the road, I stop and pull out a box of mints for the young police officer.