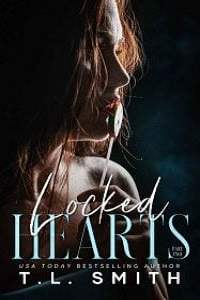 It’s the first thing that runs through my mind every morning before my hand touches my belly.

And I’ve managed to stay away from him too.

I hope it lasts, this willpower I’ve managed to find and to dig deep to maintain.

Carrying a child was something I thought I would never do. Ever.

My body was defective, and it didn’t understand what I wanted.

But, somehow, along the way, with this man, it happened—I’m pregnant.

I wonder if he’s married her already.

Is she pregnant with his child as well?

I hate the bitch and hope I never see her again.

Sighing, I pull my bag further up on my shoulder as I smile at Henry, the barista.

“You should be on leave,” he says, shaking his head.

Quickly I gaze down at my belly and smile. “I will be, next week.” My shoulders shrug without me thinking about it because not much seems to matter right now except the baby and me.

“Your feet are swollen, and you look tired,” Henry states categorically.

He’s right, for the past couple of months my feet and ankles have been swelling badly to the point of pain. Henry tells me to sit as often as I can, but my job is to serve customers, so standing is a must.

When this happened, I moved back to my hometown and am staying at my old house. I thought about moving out, but Benny insisted I take the third room to use as a nursery. I’ve managed to save enough money to have some time off with the baby once he or she has arrived.

To be honest, I was shocked and so grateful—every word and feeling you could think of—when I realized this baby was even happening—it’s more than a miracle and it means everything to me.

Things flew through my head after the initial shock settled.

Could Dillan’s sperm have been defective?

Did my body reject it?

Or is this God’s punishment for everything I’ve gone through by giving me a baby with a murderer?

“Take tomorrow off.” Henry’s nice, one of the best people I have ever worked with. I have clients on the side because I want to keep saving. And having this job as well, as tiring as it may be some days, is the only way I can do that.

“I can’t,” I reply as he walks over and hands me a cup of herbal tea. I smile up at him.

Henry’s young, an amazing barista, and also the owner’s son.

My teeth bite down on my lip at his insistence. “I need the money.”

“You’ll still get paid. You’re only meant to be on for four hours tomorrow. Think of it as my early baby gift to you.” He touches my belly and smiles. I used to think it was weird how he did that, but now I’ve become accustomed to the tender act.

I’m due in a week. The doctor has told me I could go anytime. I’m healthy, and more importantly, the baby is healthy, which means more to me than you could ever imagine.

Getting into a car I bought for five hundred dollars off Facebook, I drive home.

Benny’s easy to live with and the bonus is how well we get along. I help when he needs it, and I do all the cooking.

And… I’m so much happier than I was with Dillan.

Though, that’s not hard to achieve because I was miserable with him.

And Ellie? Thoughts of her often cross my mind. How she craved attention and sought it in all the wrong places. I know that feeling, I think I was like that with Dillan. But her betrayal was difficult to process.

Did she even want to be my friend?

Or was she using me as well?

To distract myself from my raging thoughts, I shake my head.

Then my mind goes to how the people closest to me are now all dead. It still doesn’t feel real even all these months later.

Who else is left?

My hand touches my belly as I pull up to the front of my house—my childhood home. I grew up here. I even have the same room I had back when I was a child, which should be comforting, but it’s not. This isn’t where I want to be.

When I was sixteen, I climbed out my bedroom window almost every night to get drunk, stoned, and hang with people I once called friends. We would roam the streets, do things we shouldn’t be doing, and I paid the price. It’s why I saw Dillan as a fresh start. How wrong was I to think that?

I struggle to climb out of the car and then lock it behind me. And when I say it’s a struggle, believe me, it is. I am huge.