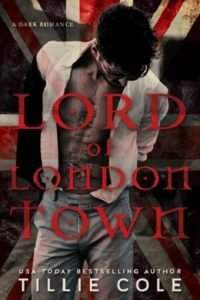 “Hell is empty and all the devils are here.”

(Note: many of these slang words/terms have multiple uses in British slang. The ones stated below are used in the context of this novel)

Bollocks — testicles. “She kicked me in my bollocks.” Can also be used to call out a lie. “That’s total bollocks!”

Boot — trunk of a vehicle. “I put my suitcase in the boot.”

Booze — alcohol. “Bring some booze to the party.”

Clapped eyes — to see or look at someone or something. “I clapped eyes on her.”

Cockney — a native of East London. “He spoke with a Cockney accent.”

Dodgy — something wrong or illegal. “That looked dodgy.”

Fannying — messing around. “Stop fannying about with your phone.”

Flannel — washcloth. “I washed my face with a flannel.”

Flat — apartment. “My flat was on the fifth floor.”

Gear — drugs. “They had the best gear in England.”

Geezer — man (generally old in age). “He was a proper geezer.”

Gobshite — loud-mouthed person who talks a lot, but nothing of real worth. “He’s a proper gobshite.”

Half-arsed — to do something to a poor standard. “That was a half-arsed attempt.”

Hen do — bachelorette party. “It’s my hen do on Saturday.”

Jumper — sweatshirt. “He was wearing a red jumper.”

Legless — extremely drunk. “He was legless!”

Mate — friend. “My best mate.” Can also be used in a negative term toward someone who has annoyed you. “Mate, back the hell off.”

Numpty — a derogatory term meaning ‘stupid’. “He was a bloody numpty.”

Pigs — a derogatory term for the police force. “Here come the pigs!”

Pissed — drunk. “He was completely pissed.”

Pissed off — angry. “You pissed her off.”

Prick — a derogatory term meaning ‘stupid’. “Stop being a prick!”

Slapper — offensive term for a woman with loose morals. “She was a total slapper.”

Trolleyed — drunk/intoxicated with alcohol. “They were completely trolleyed.”

Twat — a derogatory term meaning ‘stupid’ or ‘obnoxious’. “He was a twat.”

I stared into the fire.

The flames grew higher and higher, crawling up the stone chimney. I felt the blistering heat on my forehead and cheeks, felt my eyebrows begin to singe. I leaned in even closer. I wanted to know what it felt like when the flames licked my skin.

I wanted to know what they had felt when they were trapped, when the fire had burned them alive. I reached out my hand, my fingers moving closer to the flames. Their dance was reflected in my glasses. All I could see was an aura of orange and red and yellow. My skin started to burn as my fingertips almost touched the flame. I smelled my arm hair burning. I moved closer and closer, almost touching it—

“Arthur!” Someone pulled on my shoulder, wrenching me back into the ancient wingback chair. “What the fuck, son?” My dad crouched before me. I looked into his eyes but could still see the flames beckoning me closer from the corner of my eye. “What the hell were you doing?” He took hold of my upper arms, then my throbbing hand. It was bright red where the flames had got too close. “Christ, Arthur! Look at the bloody state of your hand!”

“I wanted to know what they felt,” I said, staring at my red and bubbled skin. Dad got up and walked into the kitchen. When he came back, he was holding a bag of frozen peas. He pressed it to my palm. It hurt like a bitch, but I wouldn’t tell him that. I didn’t care if it hurt.