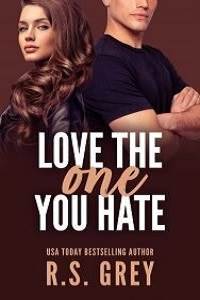 He stands across the ballroom, a devil in black. His tailored tuxedo glides over his tall figure. His half-mask conceals most of his face, but the parts I can see hint that the unveiled image would stop me in my tracks. He has a strong jaw, dark thick hair, and unsmiling lips.

Just a brief glance from him makes the hairs on the back of my neck stand on end. I don’t know him, but he’s staring like he knows me. Like he hates me, rather. He tilts his head as he continues to study me and my heart is a hummingbird, racing in my chest. I have the urge to get away even before he starts to cut through the crowd to get to me. A hunted animal knows when it’s time to run, so I do. I slip through the double doors that lead out to the empty garden.

But the devil follows.

“Money beyond what most of us can imagine. Lineages dating back to the founding fathers. Connections that ensure barriers to entry don’t exist for them. We’ve all wondered what life is like for America’s wealthiest families, and today we’re going to take you behind the gilded doors for an exclusive look inside the private lives of the Cromwells.”

The producers cut to a montage of footage they’ve captured of my family over the years: my mother and father at the New York Opera, my grandmother’s annual Easter egg hunt, me leaving a bar back in college, annoyance evident on my face when I spot the cameras.

Even though I’m tempted, I don’t sling my remote at the TV; instead, I use it to turn off the salacious news story. I can’t watch it, and I don’t have to. Across town, a team of lawyers sit huddled in front of the broadcast, taking dutiful notes and preparing a written statement we’ll release to the press before noon.

The phone on my desk rings and I grab it hastily, immediately recognizing the number on the caller ID.

“Are you watching?” Rhett asks.

“Just turned it off.”

I lean back in my chair, turning to look out the window. My office is housed in a redone brownstone on the Upper East Side, three levels packed to the gills. Outside my door, interns and young associates toil away. I’ll join them soon, but not until I get my head wrapped around this catastrophe.

“It’s really not that bad,” Rhett assures me as I watch an old woman walk down the sidewalk with a dog no bigger than a teacup biting at her heels. “Oh, there you are again, scowling at the camera as you leave The Polo Bar. Hey! That’s me! Dammit, they cut away.”

I nearly smile, but I don’t. “You’re not helping.”

He’s right, of course. This isn’t that bad in the grand scheme of things, but there’s a reason my family values privacy above all else. Our goal is to keep our name out of the press. We’re not usually splashed across magazine covers or billed as the top story on America’s most-watched morning show. We’re discrete and quiet and largely go unnoticed—until a story like this hits, and then suddenly we’re thrust back into the limelight. The effects of this latest story are already visible. The woman with the dog stops to let him pee, and behind her, barely concealed, is a photographer poised across the street, hoping I’ll show my face.

We employ a team of people whose sole job is to make sure we’re kept out of the headlines. Lawsuits, coercion, bribery—I have no doubt they employ every tactic necessary, and yet, still, sometimes stories slip through. Like this one. I’m sure the show and its parent company weighed their options thoroughly. They knew we’d come after them with everything we had if they ran the story, and they still did it, because it’s worth that much to them.

Rhett knows that. I don’t have to explain it to him.

“Loyalty is dead,” he says with a disgusted grunt.

Through the phone, I can hear his TV, and I know they’ve switched to the live interview with Michael Lewis, the man I’d love to strangle.

He was only with us for a year after coming highly recommended through an organization that connects families like ours with well-trained staff. We paid him well in exchange for his discretion and trust, and we would have continued to do so if I hadn’t caught him stealing from my grandmother.

I keep track of her accounts myself, and it was obvious the moment he got his hands on her checkbook. Three checks made out to an unregistered S corp, all signed by my grandmother, all cashed by him.

I fired The Talented Mr. Ripley right away.