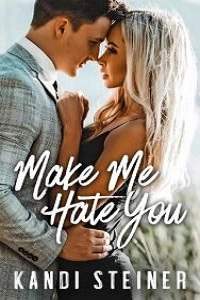 “This is me saying

would set myself on fire

to all of the dark places

I didn’t know a heart could break like that.

I didn’t know it was possible to feel every sensation of your chest splitting wide open, of your heart bleeding out, without a single puncture wound being made.

I didn’t know there was a pain worse than your high school boyfriend breaking up with you, or your childhood dog passing away, or leaving a school with all your friends to go to a completely new one.

But it turned out there was a worse pain — one of a parent leaving you, abandoning you, waving goodbye to you in their rearview mirror like you were just an out-of-town friend they were visiting all along.

My eyes stung as her words played on repeat, and I pedaled faster, the burning of my quads a welcome distraction from the pain splitting my chest open.

I looked disgusting — that much I knew for sure. Snot was dripping from my nose, mascara streaked my face, and I didn’t have a clue what state my bright, blonde hair was in after my hands had raked through it for the last hour.

But none of that mattered, because I was almost at my best friend’s house, and she’d wipe my tears and give me Kleenex and ice cream and, most importantly — she’d have the answers.

She’d know what to do.

The gate was open at the end of the road, and I took the familiar turn into the driveway that led to the Wagner’s house. It was more like a mansion in my eyes, with its fifty acres of New Hampshire beauty, lakefront views, and grand New England colonial architecture. The first time I’d been to it — four years ago as a freshman — I’d stood at the edge of the drive and gaped at the tall, white columns that stretched into the sky, the seven chimneys that peppered the roof, the wrap-around porch decorated with the most beautiful garden I’d ever seen in my life.

It was so different from the trailer I’d grown up in, from my aunt’s modest two-bedroom apartment on the other side of town.

But now, it was like a second home to me, and I didn’t pause to marvel at its beauty at all.

I leapt off the old heap of baby blue metal that was my bike and took off sprinting toward the house before it even hit the grass. The sun was setting over the lake, the last rays of light slipping through the limbs of the aspens and the white pines that lined Morgan’s drive. I blew past them with blurry eyes, launched straight up the stairs that led to the front porch, and flew through the front door with my heart beating in my ears.

I must have looked like a wild animal, from the way Harry, Morgan’s estate manager, gaped at me. Harry was in his sixties, with creamy white skin, a bald head covered in sun spots, and the kindest sea foam green eyes I’d ever known. His white, caterpillar eyebrows bent over those eyes as he took in the state of me.

“Ms. Jasmine,” he said on a breath, reaching for me. “Are you alright?”

Tears blurred my vision again, and I shook my head, sprinting past him and up the half-spiral staircase to the second floor. That’s where Morgan’s bedroom was, and I ran straight for it, not bothering to knock before I thrust the door open.

Her room was a dream of every shade of pink imaginable, with a canopy four-post bed, a cozy fireplace, more pillows than anyone could ever use, and pictures of us from the last four years covering every wall.

And it was empty.

My chest squeezed, and I turned, ready to run back down to see if she was in the kitchen.

Instead, I ran straight into her brother’s bare chest.

“Whoa,” Tyler said, catching me and holding me upright before I had the chance to bounce backward. “I thought we decided you and high speeds don’t mix well, Jazzy.”

He chuckled, but when I lifted my head and met his gaze, all laughter left his eyes in an instant.

Tyler Wagner was modest in height, and extraordinary in every other aspect. He might as well have walked out of a Hollister ad, with the way his sandy brown hair fell in his eyes just right before he swept it away, and the way his abs rippled like mountains and valleys down his abdomen, already bronzed, even though it was only June and summer had yet to begin. He had a slight cleft in his chin, one that I always teased him for — saying it was his superhero chin.

Only eleven months older than my best friend, I considered him my best friend, too. The three of us did everything together, and always had. We met up after every class the three years we were all at Bridgechester Prep before Tyler graduated. We ate lunch as a crew, hung out after school, lost countless weekends together and never spent more than a day or two apart during the summer. I might as well have been a part of that family for how they’d taken me under their wing when we first met.