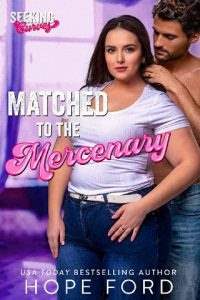 “What’s his name?” John asks with fire in his voice. That tone probably works on other people but not me. Being his little sister, I’ve seen him cry over the commercials where the dogs are living in filth and need our help. So I know he’s got a soft spot, and besides one of them being for neglected animals, the other one is for me.

“John, I’m telling you it’s fine. I have it handled.” It’s the morning rush at Honeybee Coffee, the little shop I own in downtown Los Angeles. I bought it with the inheritance I received when our parents passed away. I would give it all back to have one more day with my mom and dad, but I know that’s not possible. I’m working behind the counter, my phone tucked against my shoulder as I make up the daily coffees. We have quite a few regulars that get the same thing every day. At first I tried to upsell them or ask if they wanted to try new things, but they’re not budging. So now when I see them walking by the big bay windows facing the sidewalk, I start their drink order.

“Handled? See, there is something going on!” My brother is pretty laid back, except when it comes to me. He’s ten years older than me and has been out of the house for a long time. With me, he gets a little controlling and has to know everything I’m doing. It’s sort of hard for him since he’s stationed mostly on the East Coast now. But when our parents passed a few years ago, he started thinking that he needed to step up as a big brother. I don’t want to complain, though, because quite honestly, I need him now more than ever. It’s tough being in this world alone. But man he’s funny when he thinks I’m keeping something from him.

I snort loudly into the phone and then start to openly laugh.

“You. You’re funny! You’re getting all bent out of shape because you don’t know something. I swear it must really bother you to know that you have intel on top secret missions for the country but you don’t know who your sister is dating.” I pause and then cringe when I think about my ex, Paul. “I mean, was dating.”

“Was!” he screams into the phone. “See, I knew there was something going on. What did the asswipe do? If he hurt you... just a name, Jenna. That’s all I need is a name.”

I signal over to Madison, my best friend and manager of the shop, and point to the office door. She gives me a thumbs-up, and I leave her and the other two employees to deal with the rush while I go deal with my brother in the back.

As soon as I shut the door, I start. “John, listen, it’s fine. We went out on a few dates. He was too controlling, I broke it off, and he didn’t like that at all. It’s fine. I’m handling it.”

It’s like I can hear his jaw tighten and his teeth grit through the phone. “What do you mean, controlling? What did he do?”

I know he’s thinking all kinds of things. I’m sure in his line of work, he’s seen the evils of the world and probably is thinking the worst. “It’s not what you’re thinking, bub.”

His voice gets even grittier. “Tell me what I’m thinking.”

Darn. I’m just going to have to tell him. Even though it’s embarrassing as all get out, it’s nowhere near as bad as he thinks it is, I’m sure. Well, Paul is getting a little psychotic, but if I don’t calm John down, it’s hard telling what he’ll do.

“Fine, listen, I swear you go from sweet brother to alpha military protector in an instant these days. Is all that ink from your tattoos going to your head or what?” I start to laugh at my own joke. I haven’t seen John in a few weeks, but I’m sure he’s already added more tattoos to his almost completely covered torso and arms.

“Oh no. I know you can’t tell me where you’re going, but I worry about you, John. Are you okay?”

Finally, he starts to soften. “I’m fine, sis. I have a whole crew at my back. You’re the one that’s by yourself in Los Angeles. I wish you’d come here. You would love it here.”

Here we go again. He feels guilty for not being here when our parents were in the car accident and for leaving me alone here in the big city. I’ve thought about moving to Tennessee plenty of times. In Tennessee, I’d have my brother, but he’s gone on missions more than he’s not. “I’m not moving there to be alone. At least here, I have the coffee shop and Madison. And don’t say you could quit. You can’t quit. I know what your work means to you.”