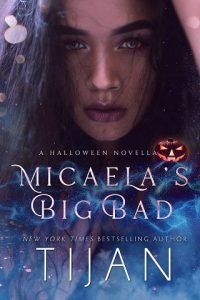 The only thing standing between me and me getting drunk was a naked four-year-old.

He was my best friend’s nephew, and he was swinging his little penis in the air, staring at it, smiling and giggling, and clapping his hands with glee. He was also standing just inside the door, and I was standing on the doorstep, a full bottle of whiskey needing to be drank, and he wouldn’t let me in.

He was shaking his little hips as if it were the first time he’d learned how to shake those hips.

That was actually his name.

I nodded to the doorhandle. “Let me in.”

“No.” He hit the lock—shit, my hands were full, but why hadn’t I just grabbed for the handle, anyway?—and took off running.

I had a bulging backpack on me. Three grocery bags were hanging from one of my arms, the same one I had my coffee in. My other free hand held the whiskey. I knew my priorities. Also, the grocery bags were filled with my clothes, or at least what I had been able to grab in a desperate speed-round of packing.

I went so fast. If there was a speed packing race, I could’ve been a contender.

Not a winner, a contender. After all, I was realistic about my abilities.

The most extraordinary thing about me was my long hair. I had long dark hair.

Jay used to whisper how he liked to twine it in his hands when he—nope. Not going there.

But this was me. Micaela Nadeem, an energist who didn’t use my energist side. Middle of the road. Some might say boring. I played everything safe. No risks in life. Not great at anything, but not bad at anything either.

Even leaving my boyfriend, I half-assed it. I took what I could, and bolted.

And I threw a fork.

I should’ve thrown a knife. At least a knife? Why not go totally lame and toss a spoon instead? Nope. A fork. I was a fork girl. A fork non-energist energist.

My car was full of blankets, what bathroom toiletries I’d been able to grab, and all my schoolwork, because this fork girl still needed to finish two courses before I had a bachelor’s in communications. What I planned to do with that? I hadn’t a clue. See my theme here.

I barely knew what I was going to do past tomorrow, so the future was totally up in the air.

I was not, what someone would call, a planner.

Who are those people?

I tried hitting the doorbell with my elbow.

Nothing. I chafed against the wall instead.

I tried a second time.

I had two options. Put my stuff down, find my phone (I had no idea which bag I’d stuffed it in) and try her that way. Bud was here, so chances were high that Nikki was babysitting, but her phone always seemed off so the probability of that working was nil.

My other choice: “Nikki! Nikki! NIKKI!”

She came out from the back hallway, her shirt hanging down one arm, doing up her pants, and her hair was all frayed everywhere.

Her eyes went wide seeing me, and she cringed.

Her face was all red and splotchy.

She came over, cursing under her breath, and unlocked the door. She opened the door, stepping back. I stepped in, and hissed under my own breath, “You just got laid! While you’re babysitting!”

More cringing from her, but she shut both doors and swung around to me. “I—” She took in my bags, and surmised the contents in my bag, and her eyes got round all over again. “Oh no, Cale.”

I wrinkled my nose at her. “Don’t ‘Cale’ me in that tone. Babysitting. You! Bud locked the door on me.”

“Bud?!” She whirled around.

And Bud decided to come running back down the hall, yelling at the top of his lungs, arms in the air. Still naked.

“Bud!” she gasped, rushing to him. “What are you doing here?”

He dodged, then climbed up on a chair.

Still giggling, he got up on the kitchen counter, and ran the length of it. He was fast approaching the point where he’d be caught or have to jump because across from him was the refrigerator.

I heard Nikki draw in a swift breath of air, at the exact same time as I held mine.

He was caught mid-air by two muscular arms.

He was curled up to a very manly and shirtless chest, and he was carried the rest of the way into the living area where I was still standing, still holding all my bags, still clutching that whiskey because I was still hoping to crack this sucker open tonight and drown every last sorrow.

“Uncle Cream!” We were still on the high-pitched theme here. That was coming from Bud, and he was pulling with all his might at his Uncle Brad’s hair.