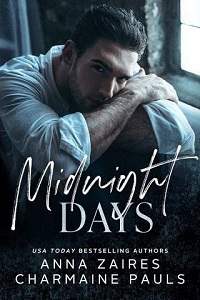 The full impact of the last twelve hours only hits me when Alex Volkov’s private plane comes in for landing over St. Petersburg, Russia. I sit up in the double bed where I’ve been sleeping and look out the round window that’s next to the bed. The sky is a magnificent thin, winter blue. Far below, a city is mapped out on the ground. Judging from the increased pressure in my ears, we’re dropping in altitude.

I check my watch. It’s seven in the morning in New York City. That makes it two o’clock in the afternoon in St. Petersburg.

The side next to me is undisturbed, the sheets unruffled and the pillow undented. There’s no sign of Alex. When he ordered me to bed, he was in the middle of a hushed, intense discussion with the guards who boarded the plane with us. The usual guys, Igor, Leonid, Dimitri, and Yuri, were there, as well as a few new faces. Has he been working all night?

A knock falls on the door, startling me from my thoughts.

“Kate?” a gruff voice calls from the other side. “We’re landing shortly.”

I have a good mind to tell him to go to hell, but it’s not his fault I’m locked in here. Taking my anger out on the guard won’t help.

He knocks again. “Did you hear me? You have to take a seat and buckle up.”

I rub my eyes in an effort to clear the lingering grogginess. “Give me a few minutes to get dressed.”

I suspect Alex slipped something into the juice he insisted I drink with my dinner. My sleep was almost comatose. Under normal circumstances, I would’ve been too apprehensive to drift off after the events of last night.

A shiver creeps over me at the memory.

After someone delivered my hospital access card to Alex’s house, he had our bags packed in a hurry. Despite my protests, he bundled me into his plane and took me away from my home, my job, my mom, and my friends. For several months maybe. He delivered the blow with reserved regret but unstoppable determination, telling me in no uncertain terms that I no longer have a choice.

It’s nothing short of a kidnapping.

Yet that’s not the most troubling thought at the forefront of my mind. It’s the knowledge that someone wants Alex dead. After the failed assassination attempt in New York, his life is still at risk. I thought—I hoped—that whoever shot Igor gave up when they didn’t succeed, but the card delivery indicates otherwise. Whoever is after Alex is going to try again and is willing to do whatever it takes, including using me to get to Alex.

Not only am I a liability to him now, but my life might also be in danger—and Alex refuses to go to the police. He thinks they can’t help, and maybe he’s right. Other than my card going missing for a few hours, we don’t have any evidence of foul play. Also, there’s the possibility of corruption. I didn’t consider that before, but it’s not uncommon, especially where the Russian mafia is concerned. Alex’s business dealings aren’t exactly clean.

What a freaking mess.

Throwing the covers aside, I swing my legs over the edge of the bed. Without the warmth of the soft blanket, goosebumps run over my arms. I’m naked. I vaguely remember Alex undressing me and asking if I wanted a sip of water. After that, everything is a blank.

I look around for clothes and spot an overnight bag at the bottom of a closet alcove. I’ve never seen a plane like this. The cabin even has a vanity and en-suite bathroom.

After finishing my shift at the ER last night, I didn’t have time to shower. Everything happened in a whirlwind of action. So now I have a quick shower and dress in the clothes Marusya, Alex’s housekeeper, packed for me. They’re not my own clothes—which would’ve meant my standard casual wear of comfortable jeans, a sweater, and Uggs—but the new ones Alex bought for me. The off-white slacks and matching cashmere sweater are more formal than my usual style, as are the similarly colored high-heeled boots.

I’m brushing out my hair when the door opens. Alex stands in the frame, still dressed in the black pants and shirt from yesterday. Stubble darkens his jaw, and his hair is messy, the short strands standing in every direction as if he’s dragged his fingers through them several times. Despite those signs hinting at a sleepless night, his gaze is alert, as is his stance. His tall, powerful frame crowds the space, trapping me like a rabbit in a cage.

Bravely, I maintain our eye contact. I’m not angry at him for trying to keep us safe. What upsets me is how he’s going about it. He took away all of my choices and dragged me onto this plane. His single-minded resolve is nothing if not scary. Only I’m not going to give him the satisfaction of knowing he intimidates me. I normally pride myself on being a self-assured woman, but Alex is in a different league from anyone I’ve known. Just how different, I’m still discovering.