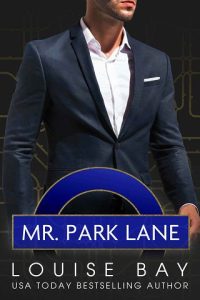 At twenty-nine, I was a doctor who’d travelled and worked in some of the most deprived places in the world, but just the thought of Joshua Luca had me sliding my sweaty palms down my jeans and wishing I could steady my racing heartbeat.

I hadn’t seen him in over a decade, but Joshua could still get to me, and I hated it.

It wasn’t like I’d been pining for him all these years.

It wasn’t like he’d even ever noticed me. Certainly not in the way I’d noticed him.

Joshua had been an almost obsession until, at seventeen, I broke my leg and swore off teenage infatuations for good. In one night, I grew up and let go of my silly crush.

I’d forgotten all those old feelings before my mum announced she’d arranged for me to stay with Joshua for a couple of months until I “found my feet”—unintentional irony, given the cast on my left leg. I didn’t argue. It wasn’t worth telling her that if I’d figured out living in a war zone, I was pretty sure getting settled in London would be a piece of cake.

Cake. My much-missed friend. Not something there was a lot—or any—of at the Medicines Sans Frontiers outpost in Yemen where I’d been stationed. As soon as I’d dumped my bag and showered, I’d go on the hunt for something lemony. With sprinkles.

I should try to keep my focus on cake. Anything but the memories of Joshua’s summer sun-streaked hair. His long, lean, tan legs. The way the dimple in his left cheek would appear whenever my sister was around. His permanent half-smile hinted that he was always in on the joke. And his cool confidence meant that if he ever ended up in trouble, he managed to talk his way into forgiveness. He’d seemed like a god to my teenage self.

I wasn’t sure he would remember anything about me. Maybe the unibrow? The braces?

Our parents had been friends since I could remember. Joshua was the same age as my brother. My sister was a year younger, and to my eternal frustration, I was the baby. The baby with a crush on her older brother’s best friend.

I was nothing more than a lurking spectator during games of tennis, dares, and talks about girls. Almost like I’d been a part of the scenery—the background in Joshua and my brother’s summers. Unlike my older sister, Thea, who’d embraced the denim mini-skirt trend like she was a twenty-five-year old supermodel. Thea was always at the center of everything. I’d watched as she twirled and giggled in front of Joshua, who responded with cocky grins and pouty lips. He’d definitely remember Thea. Unlike forgettable, invisible me.

I’d never told a soul my fantasies about Joshua. And at seventeen I’d swallowed them down, determined to keep them tucked away in a deep, dark place forever.

Now, as I stood in the airport, about to come face-to-face with him, an unwelcome, familiar shiver breezed across my skin and tripped my pulse.

My phone buzzed. I dipped out of the queue so I didn’t breach the mobile ban. It was my mum. I released my right crutch and slid open the phone.

“Have you landed, darling?”

The thing about working in war zones was that your parents always worried. War zones didn’t worry me. Reunions did.

“Yep. Will be heading to get my bag in a minute. Can I call you when I get back to Joshua’s place?”

“Of course. Marian said it’s a wonderful flat. He’s such a good boy. Has his own company, a marketing agency. Just bought them a new car, you know.”

I must have heard about the new car at least three times. “Yes. The Lexus. I remember.” I was never going to be the daughter who bought her parents a brand-new car. I didn’t earn that kind of money. And even if I did—they didn’t need one.

“He’s done very well for himself. Very reliable. I’m sure he’ll be waiting for you.”

“I could have made it into town on the Heathrow Express.” I hated the thought of Joshua going out of his way for me. I was sure he had better things to be doing on a Tuesday than playing chauffeur to me.

“You have a broken leg, Hartford,” she said in her you-don’t-get-a-say tone. As soon as I’d told my parents I was coming back to London, my mother had pushed her perpetual interfering into a higher gear. I knew it was an expression of her relief. After three years abroad, I’d be a couple of hours away instead of a couple of time zones. Now I was back, I’d have to get better at dodging her well-intentioned help bombs.

I glanced over my shoulder at the wave of people herding down the corridor, heading for the queue. A flight must have just landed, and I didn’t want to be stuck behind them all. “I shouldn’t keep him waiting. I’ll call you later.”