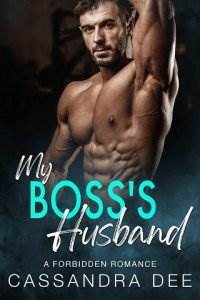 I hum to myself as I cut a strip of fabric. This cool blue is going to look great in the new dress I’m designing for the House of Steele, the clothing company where I work.

My boss, Marissa, doesn’t let me listen to music while I’m working because she says music is distracting, so I don’t have any accompaniment. I tried to tell her that music elevates the spirit and can spark creative freedom, but she doesn’t buy it. It’s annoying, but I don’t hate her because Marissa will always be Marissa. However, sometimes I wish she’d pull that stick out of her ass. It’s unseemly for a designer to be so uptight about something like music.

I hold up a strip of fabric. I’m not using a pattern because I haven’t developed it yet, and I’m just working free-form. This is going to be so cool. Maybe, I’ll drape it on the bias and then put in a high-low hem, which I’m really excited about. For girls shorter in stature like me, this kind of hem makes your legs look much longer than they are, while the waist is cinched to make you look skinnier. The neckline is sweetheart, which I’ve never done before, but I know from experience that these types of necklines tend to push your boobs up and out. This is going to be amazing.

But then I stop for a moment, feeling exhausted suddenly. The clothing business is a lot of work, and even if this is my dream job, it takes a lot out of me. I’m one of the last people at the office, and the large space is almost empty. We don’t have desks. Instead, we have work tables with stools pulled up around them. Swatches of fabric are scattered everywhere, along with dressmaker’s dummies and some sewing machines towards the back.

But this dress is going to be one of the best I’ve ever designed, and I’m determined to make it work. Of course, I’d never fit into my own creation because the House of Steele doesn’t design clothes for girls who look like me. I can’t fit into any of our clothes, period. Not when my hips are too wide, my stomach a bit too flabby, and my boobs too big.

It sucks, but I tell myself that this is just how high fashion operates. The House of Steele is an aspirational brand, and unfortunately, that doesn’t include big girls like me. No one sees it as “aspirational” to be curvy. They just want to be stick thin like the models in magazines.

Still, I try. I’ve talked to Marissa about the size-ism in our industry, explaining that there’s so much untapped potential in the plus-sized market, but she just laughed. Literally, laughed. Fashion designers don’t make clothes for those people, is what she said. I wanted the Earth to swallow me up because obviously, I’m one of those people. Yet I didn’t say anything. I merely nodded and went back to my stool, smarting with pain. I need this job, and swallowed hard even as my hands gripped the edges of the table with hurt. I’ll survive.

After all, I was lucky to land at the House of Steele right after design school. Most people have to start as window dressers or even secretaries, but Marissa and her husband took one look at my portfolio and decided to hire me on the spot. I’ve been here for a couple years as a junior designer now. I’m proud of the work that we do, and I’d like to move up the ranks, even if it’s tough never being able to wear my own clothes. Oh well. I tell myself that Karl Lagerfeld never wore any of Chanel’s clothes either, and he spent thirty years with the company. This job looks great on my resume, and that’s what’s important.

I jump, startled. I’d forgotten that my coworker, Jemima, is here with me. We’re probably the last two people in the office, come to think of it. Jemima laughs.

“Sorry, didn’t mean to scare you.”

“Right! Look at this dress I made for next year’s resort collection. What do you think?”

Jemima holds up a turquoise dress with sheer fabric draped over the skirt. The bodice is decorated with lace, but not too much. It’s understated and tasteful.

“This is amazing, Jemima. It’s beautiful.”

Jemima blushes. “Thanks, Addy. Mind if I try it on and you can do a walk around to check the fit?”

“Thank you so much!”

Jemima disappears into the bathroom and I smile. The blonde girl’s been a good friend to me since we both started working at House of Steele a couple of years ago. We’re both junior designers but the difference is that Jemima is traditionally pretty and can wear our designs. I wonder sometimes if it gives her a leg up because she “fits” the House of Steele’s vision. Well, promotions will be coming soon, so I guess I’ll find out.