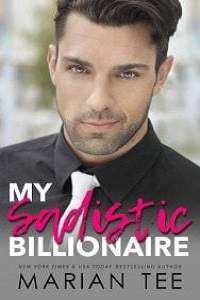 26-year-old Nellie Mortimer stepped out of the elevator and walked towards her office like she had all the time in the world. She was a tall, pretty blonde, a straight-A student her entire life. But her intelligence was purposely wasted, with Nellie’s life spent mostly frolicking in an endless stream of booze and clubbing.

Unlocking the door to her office, she entered breezily, saying, “I’m sorry I’m late.” But she wasn’t, really. The truth was, she had only accepted this pro bono case to appease her dad, who also happened to own the law firm where she worked.

As the door shut behind her silently, she continued, “Traffic was horrendous, and—-” She stopped dead in her tracks, blinking. Nellie looked around her office. Where was her client?

Oh my God, some kind of rodent had gotten in her office, Nellie realized in a panic. She started backing away when she heard the scuffling sound again. Oh my God, she needed to walk slowly, not make any sudden movements or—-

Something caught her eye.

Were those shoes peeking from under the curtains?

Was that actually her client, Lane Petersen?

“Ms. Petersen, is that you hiding behind the curtains?”

The figure moved, followed by a small voice answering, “Y-yes.”

Oh, she knew it, Nellie mentally grouched. Pro bono cases were always a pain in the ass to deal with. They always involved the crazies. Should she get security –

Then Nellie remembered her dad’s warning. If she didn’t see this to the end, he’d take away her credit cards. The thought had her shuddering in horror. The truth was, even though she had passed the bar and was indeed a full-fledged lawyer, she had never needed to work and didn’t really care to.

And you won’t have to, ever, she reminded herself. She just needed to have this pro bono case all wrapped up, and that was it. She would be back in her father’s good graces, and she’d be able to live happily ever after.

Turning to face the figure behind the curtains, she said in a sweetly cajoling voice, “Why don’t you come out of the curtains and let me see you, Ms. Petersen?”

There was another movement, which Nellie deciphered as her client shaking her head.

Nellie pretended to be surprised. “Who, me?” But in truth, she was pleased. It was always nice to be called ‘rich.’ Turning away, she headed to her little-used office table, placed her Chanel handbag on top, and picked up the case folder. She quickly scanned the overview prepared by the paralegal.

Oh. There it was. Her client was suffering from an unusual form of plutophobia, possibly a symptom of PTSD. In other words, 18-year-old Lane Petersen was afraid of rich people.

She scanned the rest of the first-page summary. Okay, another sob story, ho-hum, and then—-

Her eyes widened. Lane was positioned to inherit that much? Her mind raced through the necessary computations. If she got Lane to accept the inheritance, the terms of her work required her to waive her professional fee and receive a commission percentage instead. And it was ten times more than her fee!

She glanced back at her client, hoping that the dollar signs weren’t shining in her eyes. Clearing her throat, Nellie said gently, “Would it make you feel safer if we talk while you stay there?”

“Of course not,” Nellie answered readily. Considering how much she was slated to earn, she would not mind anything. “I’m your lawyer, and that means I’ll always be on your side.”

Another pause, a longer one this time.

Good question, Nellie thought. She said slowly, “That’s the thing about trust. There’s no way to know until you take a risk.” She thought for a moment then moved forward, case folder still in her hands. When she was standing in front of the curtains, she bent to take off her Louboutin pumps.

“What are you doing?”

Instead of answering, she set her pumps aside and lowered herself to the carpeted floor, folding her legs under her. “Just making myself comfortable,” Nellie said. “Feel free to join me anytime.” But in truth, all she wanted was to make Lane stop seeing her as a rich person to fear, and she knew, considering her client’s age and history, Lane was likely to subscribe to all the stereotypes of wealthy individuals.

Nellie began to talk, not requiring her client to answer, and she discussed everything except the case. It took about forty-five minutes for her client to finally come out from behind the curtains, and when she did, Nellie tried not to show her surprise.

The girl was unbelievably pretty, her hair and eyes a rich shade of caramel brown. Her curves were also generously evident despite her young age, and it made Nellie feel a bit envious. Oh, what she would do to have something bigger than A-cups.