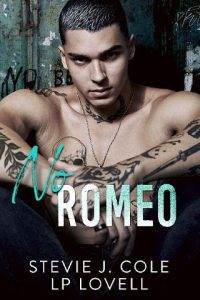 What kind of girl could tame a guy like Hendrix Hunt?
Hendrix Hunt's story is releasing SUMMER of 2022!!!
A new, enemies to lovers standalone in the Dayton High series. Full of grit, angst, and loads of steam!

If I treated you bad, you'd bruise my face.

Couldn't love you more, you've got a beautiful taste.

The best time to shoplift from the Bullseye Supercenter was late Sunday nights.

The store tended to be empty, and the old-as-dirt security guard with the glass eye worked the front. As long as someone managed to skirt past his left side, he couldn’t see crap.

One time I walked out with a plastic yard flamingo tucked under my arm and wearing a Captain Jack Sparrow hat just to see if he’d catch me. He didn’t even bat his good eye.

The automatic doors slid open, the bright halogen lights and red walls sending me into a silent rage. I hated this damn store, but since Wal-E-Mart had finally banned me for shoplifting, I didn’t have much choice. The only other option in Dayton was the rundown Piggly Wiggly, and they had jack shit. I was not dousing my nuts with a brand called The Pig’s Pride, Fresh Alpine body spray.

Wolf grabbed a shopping cart, nodding toward the bulletin board behind the buggy corral. “Only two tabs are left on your advertisement.”

My attention drifted to the flyer I had tacked up a week ago. It was surrounded by ads from jail bond companies and drug addiction trials. “Yeah. And they’ve all been shit.”

“It’s Dayton. Of course they have.”

That was the problem. The only people looking to rent a room in this shithole town were usually more desperate than my poor ass—junkies or hookers. I’d grown up around that crap, but with the number of delinquent notices that had been piling up since my brother, Zepp, had been arrested, I needed someone in that room soon.

I followed Wolf past a display of diapers, then ducked down the family planning aisle.

Kyle Jones, the bane of my existence, stood at the end of the aisle, his scrawny frame drowned in a Chewbacca T-shirt. His gaze slowly strayed away from the shelves and landed on me. A panic look scrunched the dickdribble’s face before he took off.

“What an ass,” I mumbled, reaching for an economy-sized box of condoms.

I noticed a girl round the shelves out of the corner of my eye.

My attention went to the beat-up Converse on her feet, skimming from her hot-as-fuck legs to the oversized T-shirt that did little to hide her curves. Then my gaze landed on the silver-blond hair framing her perfect-as-hell face, and my heart detonated like a nuclear warhead.

Her arms folded over her chest. “Should have known.”

I’d spent the last two years telling myself I was over that girl. I’d almost convinced myself that I didn’t give a crap about all the mean, Medusa-turn-a-man’s-heart-to-stone crap she had done to me, and yet, here I stood, with a pussy-ass twinge tightening my chest.

“If it isn’t Medusa in the flesh and cold-hearted blood,” I said, snatching the box of condoms from the shelf while debating on hurling them in her direction.

Lola’s gaze shifted from me to the package in my hand, then back again. “Why the hell are you in Bullseye instead of Wal-E-Mart?”

Because I’d been banned, but that was information she wasn’t privileged to.

I dangled the sleeve of rubbers in the air and shook them, taking grave satisfaction in the way her jaw tightened. “What does it look like I’m doing?” I crammed the prophylactics inside my pockets, reminding myself of exactly why I needed those damn things. Her! “Wolf said he saw you at sack-of-shit Kyle’s last night. Even small dicks can make you sick.” I hated that she’d moved back and hadn’t bothered to tell me but evidently had told Kyle.

I grabbed a box of slim-fit condoms from the shelf and chucked it at her. She batted it away.

“From what I hear, you should be far more concerned about your own riddled dick than any I might be riding.”

Riding! The image of her naked and riding Chewbacca Fuckface’s dick sent a feral rage billowing in my chest.

A smile of Medusa-tinged victory pulled at her lips when my eye twitched.

She strutted past me, and the familiar scent of Country Peach lotion wafted past. That smell was distinctively Lola, and like one of Pavlov’s dogs, my dick had been trained to react to it, fast and hard. My gaze dropped to the round curve of her ass, almost hanging out of her shorts, and I bit my lip. The image of me ramming her against the shelves and tearing those shorts right off before I fucked out every bit of hate I had for her surfaced.

Dear God, I wanted to make her hurt the way she hurt me, and then I wanted to nut on her pretty Medusa face.