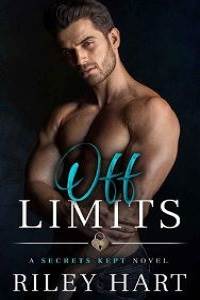 I caused a family feud between the Lynwoods and the Hutchinsons.

Feud probably wasn’t the right word, or hell, maybe it was. It wasn’t as if they were fighting in that sense of the word. There were no lines drawn in the dirt. There were no plots or ploys to get back at each other—at least not yet.

There was just…loss. Loss of relationships and connection. Of family vacations together, birthdays, and a friendship that began when my parents and the Hutchinsons were in college. The four of them had met there, graduated together, married the same summer, and had kids around the same ages—my sister, Kinsley, and Hutch, two years older than me and Mads.

Mads, who was my best friend in the world. Mads, who’d always had my back. Mads, whom I’d lost my virginity to, even though it’d been a mess and I wasn’t sure I’d been all that good.

All that had changed with two words: I’m gay.

In their defense, I’d spent seven years in a relationship with Mads—five of them married. Maybe they had a right to be angry with me, but it wasn’t as if I’d planned it. I didn’t wake up one morning thinking, I’m clearly gay, but maybe I should marry my best friend anyway.

I’d loved Mads. I still loved her. I just…couldn’t love her that way. Part of me thought I had. I’d spent my life lying to myself, confusing what I felt for her with romantic love, when it had been the deepest kind of friendship. I’d kept my secrets locked away, even from myself, until I couldn’t deny them any longer. Until they eventually dug themselves to the surface and I knew if I didn’t acknowledge them, it would eventually kill me.

Which brought me to where I was, sitting on the couch while Mads cried and our parents yelled at each other as if they were the ones who’d lost something. They fucking hadn’t. They had a choice in it all, in being friends or not. Mads had lost her husband, the man she was in love with, the person she thought she would spend the rest of her life with.

And I’d lost what I’d thought was part of my identity: my wife, my best friend, the person I thought I would spend my life with as well.

“You can’t tell me you didn’t know, Ryder! You’ve wasted seven years, seven years of Madison’s life! You married her, for Christ’s sake!” her dad shouted.

“You don’t get to do that, Grant. You don’t get to decide what Ryder knew or didn’t know. Do you think he wanted to do this? He loves Maddy. He was confused, and his love for her mixed him up. He’s hurting too,” my father defended.

“Dad, cut him a little slack, okay?” Hutch added. “Sexuality doesn’t always work that way. It’s more complex than you want to believe.” Hutch was Grant Hutchinson the Third, but had decided in college he wanted to go by Hutch.

It had to have taken a lot for him to say that. He’d always considered himself his sister’s keeper. She was the baby of their family. She’d been pretty sick growing up, had been diagnosed with cancer twice before she’d turned eighteen, but she’d beaten it. Still, the family often tried to protect her from everything, fussed over her constantly. A lot of the Hutchinsons’ world revolved around trying to protect Mads. Even though it drove her crazy, she never told them. She and I talked about it all the time, but Mads had a hard time sticking up for herself when it came to her family, and Hutch would go to the ends of the earth to protect her.

I figured that was what happened when people you loved almost lost you, when her childhood had been so much more sheltered than most.

“We trusted you,” her mom, Nora, said. “You’re like family to us. We trusted you with the most important person in our world, and you broke her heart.”

My stare snagged on Hutch, who flinched, then tried to cover it up by crossing his arms. That couldn’t have felt too good to hear. They always gave Mads more attention than Hutch. He was expected to be able to fend for himself because they put so much energy into her and worried about her health so much, but the older I got, the more I thought about how it must affect him.

You’d never know it, though. Hutch stood tall, his dark-chestnut hair in a perfect crew cut. His eyes matched in color, serious and confident as he took us in.

I pulled my attention away from him. “I love Mads. You all know that. The last thing I ever wanted was to hurt her, but…” But I’d been confused. I’d been young, just a teenager, when we went from best friends to dating. It had felt like a logical step because, like them, I’d wanted to always be able to take care of her.