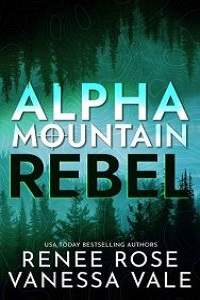 I eased the slender metal pry tool from my pocket and wedged it under the edge of the ceiling vent. A drop of sweat from my forehead hit the metal ductwork.

“Where are you, Meggie?” My dad’s voice was terse in the comms unit in my ear.

“About to drop down,” I murmured back, carefully pulling the vent cover beside me. My lanky, teenage body was wedged into the duct of the Tatum Auction House, twenty feet above the display case holding the Blue Empress Ring–a flawless Burmese sapphire set with baguette diamonds valued at over three million dollars. It was on display for viewing but was set to be sold Saturday. The window to nab the jewelry was now or never.

“The timeline moved up by five minutes.”

“What?” I whisper-shouted. Panic shot through me. I needed that time and a miscalculation was not part of the plan.

“Keep your cool. Do your job and get out, just like we rehearsed. There’s still plenty of time.”

But I trusted him. He knew what he was doing. We’d done this before. We were partners. Dad and daughter. A duo.

I eased the ceiling plate back, so I didn’t bump it and clipped my harness to the support rod. Slowly, slowly, I lowered myself into the room, head first to start, then I flipped my feet down to rappel. The lasers were still up, but the security monitoring cams were down.

“Ready,” I whispered when I hovered directly above the display case.

“Knocking out the power now.” My dad’s deep, reassuring voice sounded in my ear.

The lasers winked out.

I lowered myself another six inches, then clipped off to hold in place to pick the lock of the glass display case. The first time my dad and I had gone rappelling, it hadn’t been in a building but down the side of a mountain in Montana. Far from here.

“Hello there, beautiful,” I murmured to the Empress. She was stunning, even in the dark. Or maybe my reverence stemmed from the months of research we’d done about her.

I worked the lock of the case. It should’ve only taken me thirty seconds.

We’d practiced it hundreds of times.

But the angle was weird with me hanging over it instead of sitting or standing in front as I’d practiced. I couldn’t quite get the feel of the pins in the lock.

“Meg.” My dad’s voice was terse, making me jump and lose my place in the lock. “Do you have it?”

I bit my cheek, not wanting to admit my failure. “Almost,” I lied.

This was the big job–the type my dad had been grooming me for the past three years. The little ones had all been practice. For fun.

I was not going to screw it up. I couldn’t let him down.

I closed my eyes and took a deep breath. Let out the air and started over.

There. I finally unlocked it. I lifted the glass away and grabbed the Empress, sliding it on my middle finger. “Got it.”

Exhilaration shot through me as I held our prize.

I’d never heard my dad’s voice so tight, but we’d never done jobs this big together before.

I unlocked the rope and clicked the button to activate the miniature winch to haul me up.

That was when all hell broke loose.

The lasers came on. The alarm blared.

All my training went out the window, and I froze, even though I rose higher and higher. Panic kicked in, nerves firing. Oh my God!

My head hit the support beam in the ductwork as the winch continued to raise me as I grimaced. Sweating, trembling, I crawled back in and replaced the vent cover with shaky hands, just as the interior lights flew on and shouts sounded.

The police were there. Or the auction house security.

It was okay. I could still get out.

What in the hell had happened to him? Had he been picked up?

Okay. It was okay. We’d never once trained for the possibility that a job would be botched in some way. I didn't know what to do. I forced myself to take a breath and exhale before I moved.

I could stay in these ducts all night if I had to. No one knew I was here.

But as soon as I had the thought, I got claustrophobic. It didn’t make sense–I’d never been this way before, and I had a fair amount of practice with scrabbling through ducts and other small spaces.