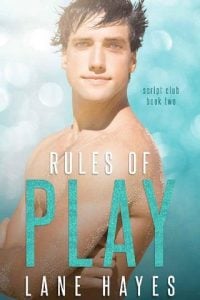 “I want you to believe…to believe in things that you cannot.”—Bram Stoker, Dracula

The late afternoon light cast a golden glow over the rolling green hillside behind the NASA laboratory campus, and the sweet smell of jasmine drifted in the mild breeze from a nearby trellis. The riot of smell and color was a welcome respite after staring at a computer screen all day. Not that I minded. I loved my job.

“George, I believe you forgot something.”

Newton’s chest heaved with exertion as though he’d just run a mile in the desert at noon. He managed to strike a pose on the sidewalk in front of the entrance to the orbital mechanics lab, bracing his hand on the smooth stucco exterior. I politely gave him a moment to compose himself, hiking my computer bag on my shoulder and glancing at the cloudless blue sky.

I counted backward from twenty before prodding him with a gentle, “Are you all right?”

Newton straightened abruptly, hooking his thumbs in the belt loops of his hopelessly wrinkled khakis and narrowing his gaze to what was probably meant to be a withering stare. The cracked lens on his crooked glasses, his Einstein-esque unruly brown hair, and his oversized short-sleeved oxford shirt ruined the effect. Newton might be a genius, but he was no badass.

However, I’d been told it was in poor form to call your supervisor out for being a ridiculous blowhard. I’d done it once and had almost lost my paid internship at the lab for insubordination or whatever trumped-up charge he’d wanted to pin on me.

I’d apologized for offending Newton and mentally prepared myself to be dismissed or written up for the first time in my life. Both options were beyond my comprehension, but I had probably deserved it. I’d held my breath and awaited my sentence which came in the form of a warning and a fifteen-minute lecture on the importance of calculating an orbital radius…as if I hadn’t known that. It was so elementary, it was insulting.

However, I hadn’t been in a position to argue. I’d been new to the team and eager to prove myself. I couldn’t risk alienating a respected colleague—even if he was an ass. I’d been appropriately contrite, made the corrections he’d insisted upon, and agreed to adhere to his stricter-than-other-departments dress code.

Yep, I’d become a drone. I’d pushed my naughty science tees aside to make room for a new wardrobe of boring button-down shirts. It was either that or polo shirts, and I really hoped I never had to stoop that low.

My attempt at conformity worked. Newton’s attitude toward me had grudgingly thawed over the past few months to the point that I actually thought he liked me. He was the one who suggested that furthering my education at Caltech after grad school was the surest way to advance, especially if I hoped to join the Mars team. It was sound advice, and I’d taken it in spite of the fact that additional education was going to cut into my savings and chop my personal budget to smithereens next year.

We were never going to be best buddies, but I’d evidently mistaken Newton’s professional guidance and the amount of responsibility he entrusted to me as a sign that he’d forgotten about my earlier faux pas and had moved on. But over the past couple of weeks, something had changed, and Newton was out to get me again.

I couldn’t figure out what I’d done.

“I’m fine,” Newton grumbled irritably. “However, the same cannot be said about the state of the data you reported on the exoplanet atmosphere of N25C. It’s abysmal!”

N25C? What the hell was that? If it was a new star, it wasn’t on a report I was responsible for. I set logic aside and homed in on his choice of adjectives. Abysmal. How dare he?

I wished I were wearing my cape right now. I would have loved tossing it over my shoulder with panache, like a swashbuckling hero or a vampire granting his prey a rare second chance to escape his wrath. Newton the neutron nerd was well out of line.

“Gladly! Your measurements were incorrect. You’ll never get the radial velocity or…”

Ugh. I saw red. I wanted to punch his lights out and demand to know who’d pissed in his Kashi organic whole wheat cereal when he launched into a laundry list of complaints about my attention to detail. But somewhere in his crazy speech about data expectancy and protocol, I realized there had to be something else going on. Everything had been going so well until—oh…

Happy hours were a rare occurrence in my department, so it must have been to celebrate a birthday. Maybe Newton’s? I hadn’t planned on being there long, but three drinks later, I’d found myself in a dark corner with Susie, an engineer from the lab next door and—