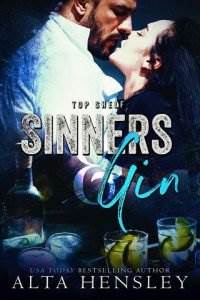 Nothing would stop me until the job was done.

There would be extreme consequences that would be delivered swiftly.

This is how I did business. They would all see my wrath and what that entailed.

He would see. He would feel. He would beg for my fucking mercy.

There was a code of conduct in business. A level of respect that should always be followed. Vittorio Costa broke that rule, disrespected me, and I was done playing nice.

“It’s fucked up.” Harley Crow was the first of my business partners sitting around the ridiculously expensive and nearly priceless conference table to chime in. “He thinks because he’s a boss that he’s untouchable. Those mafia fucks always think they’re invincible.”

It wasn’t just the loss of money that pissed me off. It was the theft. It was the blatant fuck you the man was sending me. I got the message loud and clear, and it damn near caused my blood to boil.

I appreciated the support from my six business partners. I knew that if one of us was fucked with, we all were fucked with to some degree. We didn’t just own Spiked Roses together. We were more. We were practically brothers.

“I’ll handle it,” Harley Crow stated simply. Killing someone wasn’t something new for this assassin, although I knew he was trying to clean up that part of his past. Deep down, he wanted his killing days to be behind him forever. A harder task than he had planned.

And besides… this was my problem.

Vittorio had entered my empire, and I was the king who needed to rule over my new enemy’s demise.

“Listen, gentlemen, if we fuck with the mafia…” Lennon Wolf began, “I’m not saying we don’t get Matthew’s shipment returned, but killing the man might not be the best plan of action.”

“I don’t want him dead,” I said between my clenched teeth. “I have a much better plan. One that will make it known to all to not fuck with Matthew Price. You don’t steal from me. You don’t even breathe on what is mine.”

“Let’s all take a deep breath,” Alec Sheldon chimed in calmly with his southern drawl as he smoked off his cigar as if he didn’t have a care in the world. His nonchalance would have been infuriating had I not known that a calm before the storm was simply Alec’s way. “How many stolen paintings are we talking?”

It wasn’t just the paintings, although I had plans for the ten pieces that were shipped to me from Naples. It was the fact that behind each painting, tucked away in the back panel, were priceless diamonds. The shipment served a dual purpose, and clearly Vittorio Costa had gotten wind of what was really inside those crates.

The fucker beat my men to the transport ship.

“Enough,” I answered. “I didn’t build my businesses by allowing someone to get one over on me. I sure as hell won’t start now.” I clenched my fists so hard that I lost feeling in them and had to release the pressure.

“Does he know you know it was him?” Victor Drayton asked.

“Does it fucking matter?” I snapped. “And no, I don’t believe he knows I’m aware that it was he who took the shipment. Which helps me in what I have in store. It’ll be a fucked up surprise he doesn’t see coming.”

“So, what’s your plan?” Kenneth asked me. He knew that I was a lot like him. Where Harley would rather just go and shoot the man dead, Kenneth and I were more civilized in how we conducted our business. Although no one would dare steal from Harley Crow, so maybe I should have taken note of that fact and just killed the fucker who dared mess with me. But my sinister plan would be a torturous revenge.

“To have him beg for me to take my paintings back.”

The men around the conference table snickered and shook their heads as they all sipped from their drink of choice.

Roman Cassian chuckled the loudest. “And how is that going to happen? We can steal them back, but I highly doubt the man is just going to give them up willingly. Let alone beg.”

“He’s having a party in Aspen this coming weekend. He’s got a mansion up there and it’s invite only. I’m going to get invites for all of us under the guise that we are doing some research for Spiked Roses and our Tasting parties. I don’t need anything more from you all other than your attendance.”

Each man smiled and nodded. They knew exactly what kind of party Vittorio Costa was throwing. He was known for his pet parties, and they attracted men and women from around the world to partake in the debauchery. The seven owners of Spiked Roses attending was not something out of the ordinary. Our appearance would not only be welcomed but practically expected.