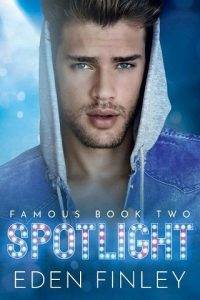 Caffeine is the magic elixir that will allow me to function like the responsible single father I supposedly am.

Supposedly, because photos of me during a sweet moment with Kaylee leaked, and now the tabloids think I’m this patient, down-to-earth, hands-on type father.

You know, the type of single dad that makes ovaries sigh all around the world.

The honest, goddamn truth is this parenting thing is the hardest job I’ve ever had. It’s more grueling than nine-month-long music tours where I got no sleep and traveled around the world without a break. Jet lag and exhaustion were not in my vocabulary because I couldn’t afford them to be.

Exhaustion is now my life.

I swear, nighttime potty training means I get less sleep than when Kaylee was teething. There’re only so many times a night I can get up and change sheets before I give in and try to put Pull-Ups on the kid. Of course, then she reminds me that she’s almost five and doesn’t need diapers.

She picked up toilet training so easily, but we struggle with nights. If she didn’t sleep like the dead, maybe she’d wake up to go to the bathroom.

As if sensing my increasing level of tiredness from sleep deprivation, the girl behind the kitchen counter at the kids’ play center finally comes over with my order. Large coffee for me and a giant cookie for my daughter. I swear it’s the size of her head.

I’m going to regret the amount of sugar later.

Future me can deal with the crash. Present me wants peace.

I tug my cap lower on my head and keep my gaze down as I say, “Thank you,” to the server. It’s rude and not how my momma raised me, but even two years after Eleven broke up and I disappeared out of the spotlight, I’m still recognized and mobbed on the street. Even when I’m with Kaylee, and especially by the waitress’s demographic.

Being part of the biggest boy band in the world for seven years means it’s hard to slink away into oblivion no matter how hard I try.

Unless another big act comes along, this will be my life for the foreseeable future.

Come on, teenage boys, join a boy band! For my sanity, please.

More importantly, for my daughter’s safety.

Kaylee stares up at me with the big green eyes she got from her mother while a deep brown ringlet falls in her face because the stubborn hair won’t stay where I put it. Daddy and pigtails don’t mix.

Her mouth is full of cookie, and as she chews, she gives me the biggest smile. It’s so big that crumbs spray out between her teeth.

“I can’t take you anywhere.” I reach over and wipe the table.

My heart twinges. “Yeah. She does.”

“When she coming home?”

No matter how many times I explain, she never understands. She’s too young. “Umm …”

“Can I have a pony for my birthday?”

And this is why I love the attention span of four-year-olds. “No. Not until you’re old enough to ride.”

Technically, there’s a riding camp that would take her at four years old, but no way in hell I’m telling her that.

I’ve never had an ever-growing need to protect someone with my life until Kaylee came along. Fatherhood changed everything.

Everything I used to take for granted, I don’t anymore. Like five minutes of complete silence.

At the table behind us, a young boy starts singing an Eleven song.

I change my mind. I wish I had five minutes where I wasn’t reminded of that song. It was our biggest hit, the most annoying to get in your head, and it got so much radio time that I think even the die-hard fans got sick of it.

“Nuh-uh,” a deep voice says. “What have I told you about singing Eleven songs?”

“Their lyrics are lazy and cliché. They suck.”

I clear my throat and then cough, trying to cover that I’m eavesdropping on a private conversation.

Subtly, I glance over my shoulder.

The boy looks a little bit older than Kaylee, and the guy he’s with is younger than I’m expecting. Midtwenties at most. I guess he started having kids young. Not that I can judge anyone.

I was twenty-two when Kaylee happened, and she was definitely not part of my life plan.

My gaze finds my daughter’s, and the familiar heaviness of guilt fills my chest. She might not have been planned, but in no way was she a mistake. I wouldn’t trade her for anything.

In fact, I gave up my whole life for her, and I’d do it again in a heartbeat.

The kid behind us starts humming the song now, and I have to get up and leave before I burst into laughter when the guy with him groans.