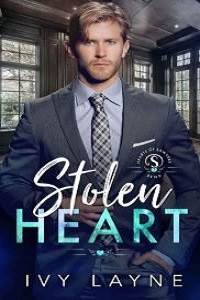 I hated my desk. This office had been mine for the better part of a decade. It should have felt like home, but I’d never been a desk kind of guy. Any excuse to get in the field. I did my job, didn’t slack on the paperwork, but I never felt truly alive sitting behind a desk.

Now, it looked like I’d be stuck here for the rest of my life.

Fucking Andrei Tsepov and his fucking idiot goons. I should be glad it was just a bullet to the shoulder. More than a few men had died that night. I could have been mowed down by one of the AR-15s they were using. If a bullet from an AR-15 had hit my shoulder I would have lost my arm.

One shot from a handgun and I’d been down. Shoulder wounds are a lot more complicated than people think. The bullet had nicked an artery and torn through ligaments and tendons, breaking bones along the way.

Hours of surgery, weeks in a sling, followed by months of physical therapy. I was almost as good as new.

For a guy with a regular job, almost would have been good enough. For me, almost meant the end of my career. It had to be my right fucking arm, didn’t it? My brain might have the reaction time I needed, but my right arm would always be a fraction too slow.

No matter how much I wanted to be in the field, wanted the adrenaline and the rush, I wouldn’t risk a client’s life to soothe my ego.

I was grounded. I’d have to find a way to live with that.

I’m not a brooder. I grew up in a family of volatile personalities, surrounded by rage and betrayal, malice and grudges. I’d walked away when I was twenty-two, resentful and angry, but once I’d tasted the freedom of life away from my family, I’d made a decision.

I wasn’t going to let the bullshit get me down.

There’s always a bright side, always a reason to laugh. I’d never give in to hate. I’d seen what happened to people who did that, seen the way it sucked the life from them, leaving them dried-up, bitter husks.

That wouldn’t be me. That would never be me.

For fifteen years, I’d managed to hold on to that, always ready with a smile, always looking for the silver lining. And now this. Holed up in my office during the day, hiding in my condo at night. Grumbling, growling, and snapping at my friends, the friends who’d become my family.

I knew I was being an asshole. I tried to smile, to laugh, tried to pretend everything was great, but we all knew it was a lie.

A buzz sounded on my phone. Alice at the front desk. I picked up the handset and winced as I heard myself bark, “What?”

I was being a bastard. Alice was like a sister, now married to my best friend. She was family. She deserved better than me being a dick.

Before I could apologize, she let out her sparkling pixie’s laugh and said, “Hello to you, too, sunshine. You have a visitor. Says her name is Hope Daniels. Should I bring her back?”

What were the chances the name could be a coincidence?

I cursed the universe. Kick a man while he’s down, why don’t you? Whatever dark force had brought Hope Fucking Daniels to Atlanta, it could just take her back.

Twenty-year-old Griffen would have welcomed her with open arms. The Griffen of six months ago would have at least been curious. Now? With this fucking bum shoulder aching like a rotten tooth, I wanted to tell Hope to fuck off and get out.

No good could come of Hope Daniels walking back into my life.

“Griffen? You want me to just leave her standing here until she gathers dust?”

I couldn’t help the tiny smile that spread across my face. I shut it down. Might as well get this over with. I’d find out what Hope wanted and get rid of her. No big deal.

She wasn’t a woman, she was a sign of the fucking apocalypse.

All too soon, Alice swung open the door of my office. My first thought was that she must have made a mistake. The woman standing beside her was not Hope Daniels.

She was tall and slender like Hope, with the same sandy brown hair and cognac colored eyes, but this was not my Hope.