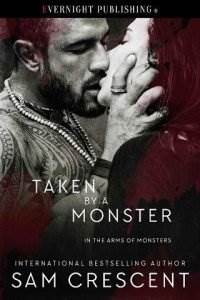 Preacher stormed into his office, going straight to his desk. He stared down at the file on top, the last known picture of Robin, and threw the entire file across the room. Bear had already grabbed a bottle of whiskey and sat on his sofa, drinking.

“Now isn’t the time for losing your senses,” he said.

“Nah, well, it’s a good start seeing as we’ve got absolutely nothing else to work on. We’re dead in the water and we’ve even got Billy checking for bodies to match Robin’s description.” Bear tilted the bottle and drank deeply. “Let’s face it, we’re fucking screwed on ideas. We can’t save her. She’s gone.”

“When are you going to realize you can’t save her? She’s dead, probably at the bottom of some fucking lake, or even worse, she’s been sold like a piece of cattle, Preach. Robin is gone.”

“It’s been two years, Preacher. When are you going to realize we’re fighting dead ends all the time? We can’t find her. She’s gone and you’re crazy to think Reaper would keep her as some kind of plaything. Do you think she’d even want to be alive now?” Bear got to his feet.

Two fucking years Robin had been gone and he couldn’t find her. The moment Reaper disappeared, he hadn’t been able to locate her. It was like Reaper disappeared off the map and Preacher had to call in many fucking favors to try to find her again.

“I know.” Bear looked down at his whiskey bottle. “Not a moment goes by that I don’t regret what happened. I was so focused on my own shit I didn’t see what Rebecca was doing. I figured she’d be happy being my old lady that I wouldn’t have to care,” he said. He snorted. “I should have known, really. She’d never loved me. Had only used me.”

Rebecca had been Bear’s wife and Robin’s mother. Finding out she’d sold her daughter to O’Klaren to get rid of her, they’d ended Rebecca’s life, but it hadn’t been an easy death. Alongside O’Klaren, they’d tortured Rebecca. Both them had begged for their lives but he hadn’t given in to them.

He’d waited, and only when he had to go on another lead did he allow them to die. They had both deserved what was coming to them. None of it had given him any real pleasure though. The pain of losing Robin had been too hard to bear. Until the end, O’Klaren and Rebecca had been useless to him.

Neither of them had known Reaper’s plans. They thought the rival biker had lost interest because Robin lost the baby, but like always, Reaper had other plans. Once again, he knew he should have killed that fucker years ago. It would have been too kind of a death.

Running his fingers through his hair, he realized he hadn’t cut it in two years. He didn’t want to think about the last time he’d gotten his hair cut. Robin had been the one to do it.

With Robin gone, he’d laid all his cards on the table to Bear. His best friend, his VP, he knew the entire truth of his feelings for Robin. Feelings he’d never gotten to tell her. She’d been gone before he’d even whispered I love you. So much time wasted. So fucking useless.

“You’re fighting a fool’s errand, Preach. Robin is gone. You’ve got to learn to accept it.” Bear grabbed another glass, filling it with whiskey. “Come, have a drink with me.”

“You’re going to throw useless files all around the room? Will it make you feel tough doing some shit like that?”

“It’s not going to make me feel anything. I just … fuck…” He grabbed the glass from Bear and took a seat opposite him. Swallowing a mouthful, he relished the burn. For two years, he’d been spending every single useless mission at the bottom of a glass even though he vowed never to take another drop after what Milly did to him and Robin. Still, the alcohol didn’t help him. It didn’t even give him a chance to forget her. Robin was always there, a part of him. The women knew not to come near him. Most of the guys also gave him a wide berth. Between running the club, his usual business, and now finding Robin, he was stretched thin. He couldn’t give up on the club to follow every single lead. He had other men do it, even though he knew they didn’t want to.

“I hate to see you like this, man. You know it’s not healthy. I tell you every single time not to allow yourself to be broken by what’s going to happen.”